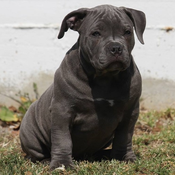 Hello to all my project and the cup of Europe 2016, a trophy for the winner of these football matches.
For all football fans and even for those not 'buff but he likes to watch the games of his nation, a cup for the winner of this special tournament that fascinates many people in the world.
Although it is not 'a world but there are many European teams and therefore many fans and football fans, and a nice simple design for all young people and adults.

The European Football Championship 2016 (in French: Championnat d'Europe de football 2016), also known as Euro 2016 or France in 2016, is the 15th edition of the football tournament for men's national teams organized by UEFA, whose finalswill be hosted France from June 10 to July 10, 2016. previously, the same countryhad hosted the editions of 1960 and 1984.

The main innovation in the format regards enlargement of the number ofparticipants from 16 to 24, taking the formula that characterized the world championships from 1986 to 1994.

The victory of the tournament will guarantee the right to participation in the Confederations Cup 2017. However, in case of victory of Germany (already qualified to represent FIFA as the winner of the last World) to participate will be the finalist in defeat. As in all other previous editions of the Europeans played since 1984, there will be no match for third place.

I hope you will like and get many votes. thank you