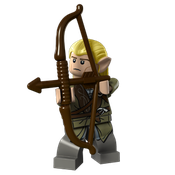 By CountBrickular
16 comments
In 2021 it will be 20 years since the first Life on Mars set was released, back in 2001.
It would be amazing to see a small set like this released as a celebration.
This was one of my absolute favourite Lego themes, where both the humans and the aliens coexisted peacefully. The aliens are a truly unique and loveable design, and these sets were always ones to look out for.
The Meteor Carrier features two small engines, two laser-mining cannons, one large turbine engine, and a hook for carrying the meteors.
The set comes with one alien, one meteor, and one meteor core.
I have tried to use pieces and colours which were available at the time of this theme, but also think it would be nice to see this released using modern equivalents.