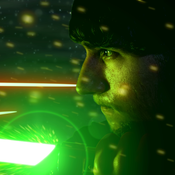 By Dylan-
3 comments
The AT-RT (All Terrain-Recon Transport) was a two-legged walker used during the Clone Wars. This vehicle was mainly used for scout and recon missions, however, more than once it appeared on the front lines of battle. The walker stood about 3 meters tall and could carry one clone (usually and ARF trooper) into battle. Now this magnificent walker has come be a Lego model. With your support, this amazing walker can be a part of your collection! This set uses 86 pieces (minifigs included) and (at ten cents per piece) it would cost about US $8.60 (Probably round that to US $8.99). 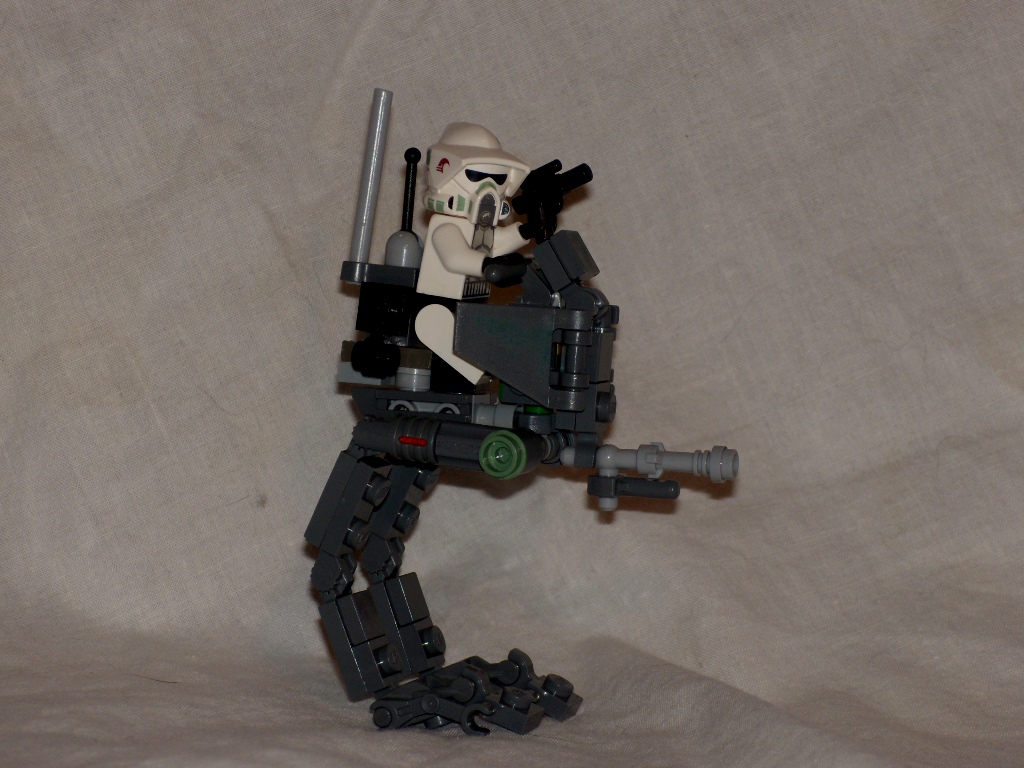 The AT-RT could carry only a single soldier into battle and they would be quite exposed to the enemy fire, however, this walker still proved very effective as a reconnaissance vehicle. 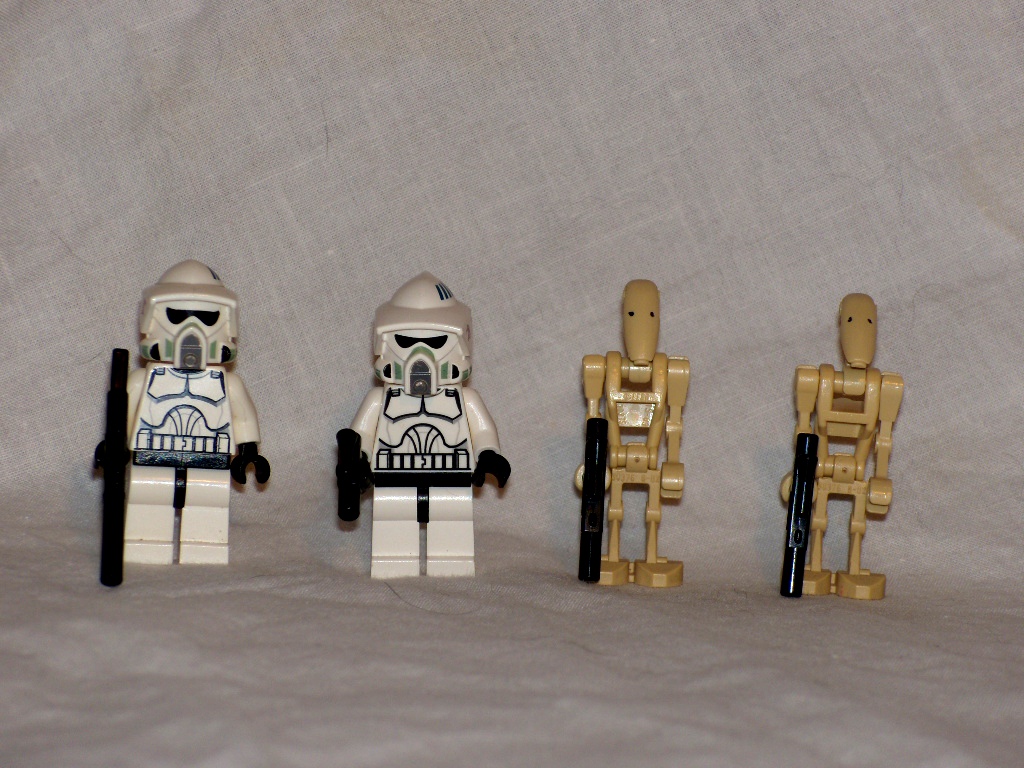 This set would come with 4 minifigures: two ARF troopers (new designs) and two B1 battle droids (same as always).