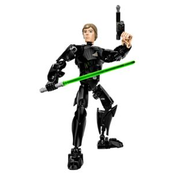 Steampunk is a subgenre of science fiction or science fantasy that incorporates technology and aesthetic designs inspired by 19th-century industrialsteam-powered machinery. Although its literary origins are sometimes associated with the cyberpunk genre, steampunk works are often set in an alternative history of the 19th century's British Victorian era or American "Wild West", in a future during which steam power has maintained mainstream usage, or in a fantasy world that similarly employs steam power. However, steampunk and Neo-Victorian are different in that the Neo-Victorian movement does not extrapolate on technology and embraces the positive aspects of the Victorian era's culture and philosophy. Steampunk most recognizably features anachronistic technologies or retrofuturistic inventions as people in the 19th century might have envisioned them, and is likewise rooted in the era's perspective on fashion, culture, architectural style, and art. Thank you all and please support this project so it can be made into a set.