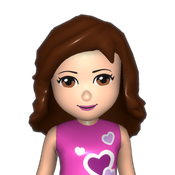 Get ready for a world of adventure!
Short History Lesson:
The Ross Expedition was a voyage of scientific exploration of the Antartic in 1839 to 1843, led by James Clark Ross in the HMS Erebus and HMS Terror. It explored what is now called the Ross Sea and discovered the Ross Ice Shelf. On the expedition, Ross discovered the Transantartic Mountains and the volcanoes Erebus and Terror, named after his ships. The young botanist Joseph Dalton Hooker made his name on the expedition.
The expedition inferred the position of the South Magnetic Pole, and made substantial observations of the zoology and botany of the region, resulting in a monograph on the zoology, and a series of four detailed monographs by Hooker on the botany, collectively called Flora Antartica and published in parts between 1843 and 1859. Hooker gave Charles Darwin a copy of the first part of the Flora; Darwin thanked him, and agreed in November 1845 that the Geographical Distribution of Organisms would be "the key which will unlock the mystery of species". The expedition was the last major voyage of exploration made wholly under sail.
These men were heroes:
In 1912, the Norwegian explorer Roald Amundsen wrote of the Ross expedition that "Few people of the present day are capable of rightly appreciating this heroic deed, this brilliant proof of human courage and energy. With two ponderous craft – regular "tubs" according to our ideas – these men sailed right into the heart of the pack ice, which all previous explorers had regarded as certain death ... These men were heroes – heroes in the highest sense of the word."
Inspiration: I think the interest in exploration maybe genetic (if thats possible), as my father wrote a book on tall ships. May also be to do with my own medical issues and lacking the ability to explore the outdoors much for myself that drives my interest. Also fictional Games and TV loosely based on the ships.
Features:
Removable sidewalls for easy access to ship internals
Armoury
Library (the ships had more than 1200 books for the crews entertainment).
Crew Quarters and Beds
Cooking and Eating areas
Captains Quarters
Ships storage
4 life boats
Box Camera and stand
Large variety of minifigs
Storage Hatches
2 different setups to create either the HMS Erebus or the HMS Terror.
Piece count: 2995 (though i would like to add some sails too!)