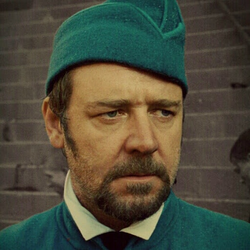 I know a lot of people who say that the one thing they remember after travelling to London, was how busy Tower Bridge was! I've been myself a few times. It does attract a lot of tourists!

This model is Tower Bridge. I know there is an existing Tower Bridge set, but this is a, slightly smaller, desk-sized/architecture style model that is in scale with the Big Ben set. I designed this because I felt being a student I would never be able to afford the official set. I created this set on LEGO Digital Designer and then ordered the pieces to make it, and what a result!

This model stands at 10 studs wide and 38 studs long (base dimensions). The model also features an opening drawbridge in the middle which can be displayed to the individual's liking.

This set would be aimed at absolutely anyone. I think it would also draw a lot of tourists to buy it considering the amount of visitors per year go to the official Tower Bridge in London. It would be a nice souvenir (which is another reason why I designed this. I could not find a decent Tower Bridge miniature or ornament that I liked. This was the alternative.)

I hope you like this set and happy voting! Thanks.