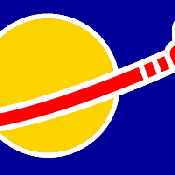 By TekEridani
3 comments
This is a larger, sleeker addition to accompany my 'Small Classic Space ship.' The Space Striker's play features include:
1) an opening cockpit
2) an opening storage area in front of the control console able to stow a gun & computer tile (scanner).
3) a removable engine cowling & removable engine to play repair
I also included the yellow-black-yellow striping detail seen on some classic space sets, but I made the yellow transparent to be a bit different & to suggest warp/hyperspace vents. 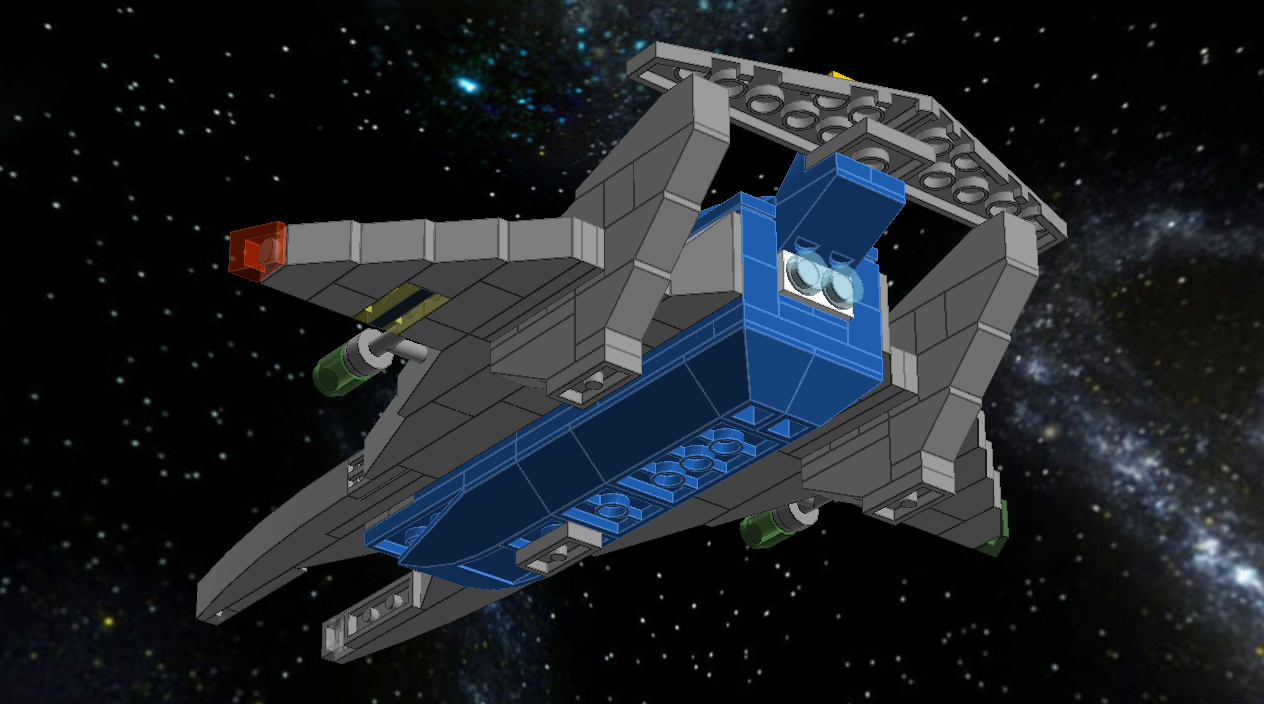 The bottom of the vertical stabilizers double as landing pads. The front-and-center landing pad (light gray) is visible on the underside of the forward wedge hull piece. 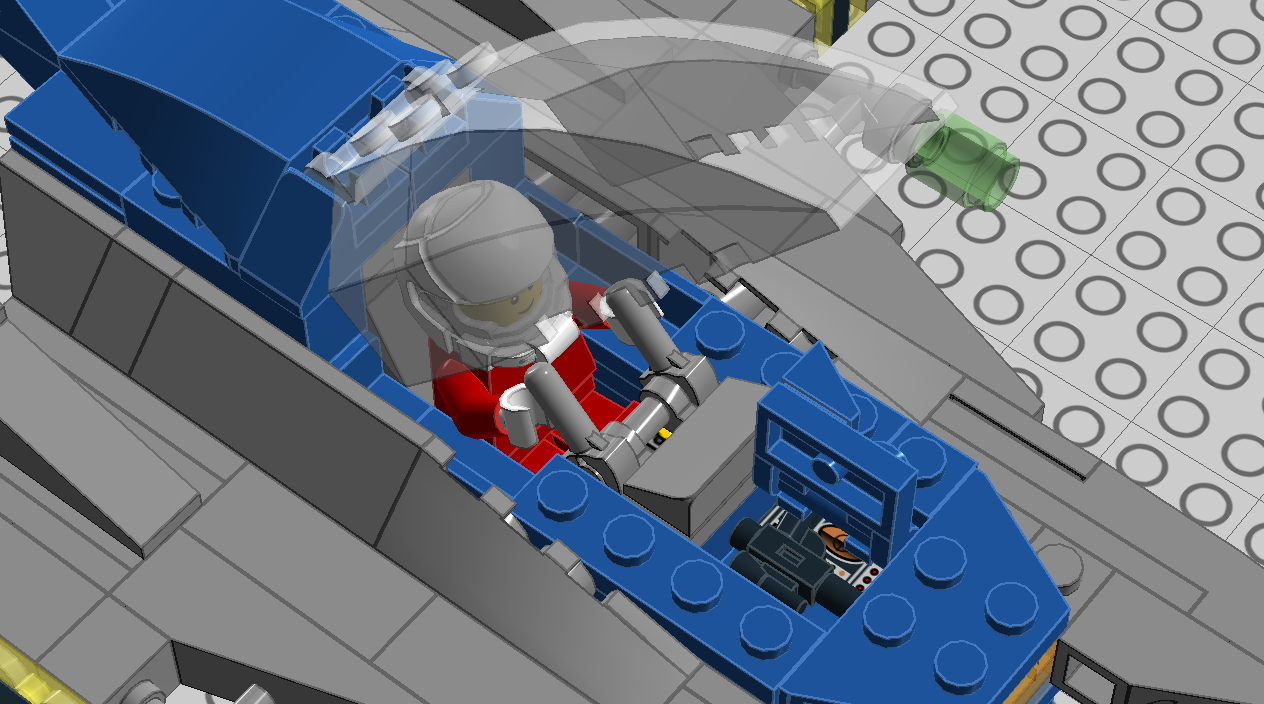 The open cockpit & the opening storage area in front of the control console. There's a small space gun & computer tile (the orange oval & red buttons can be seen). 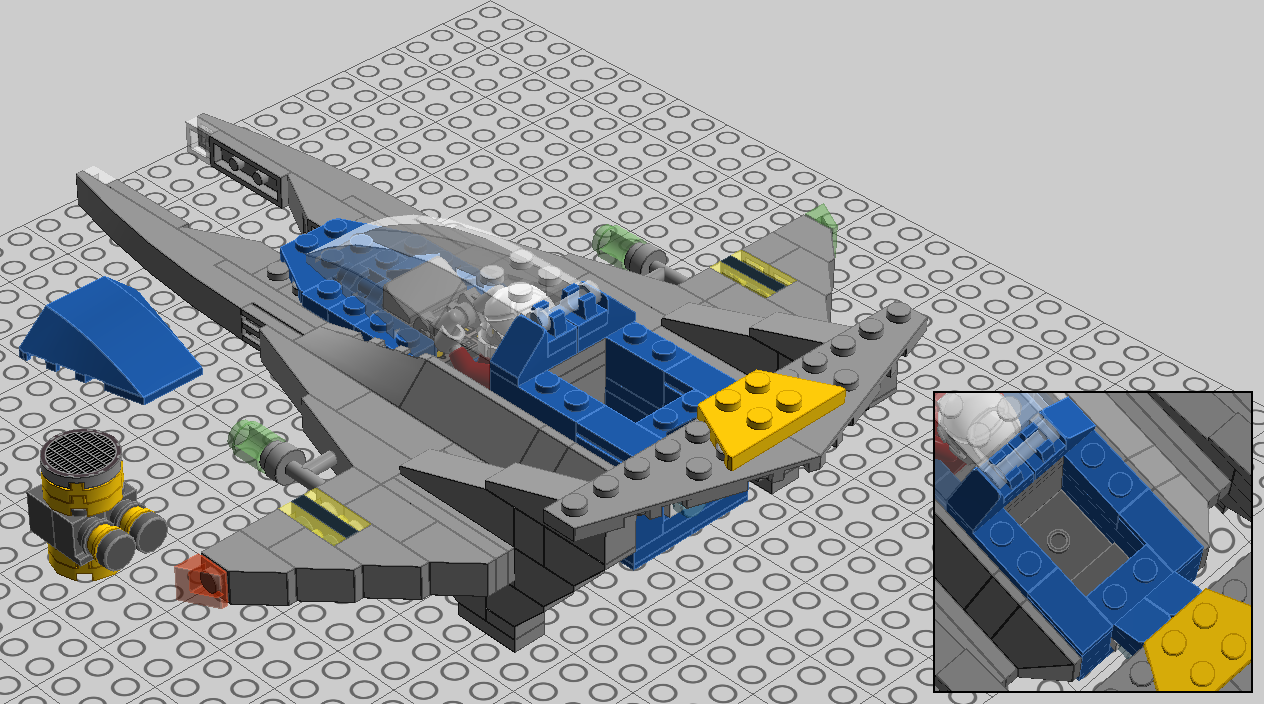 The removable engine cowling & removable engine to play repair. The engine 'plugs-in' to a 2x2 tile with center stud (inset picture) so it's not completely loose. The parts on the rear of the engine that look like binoculars are the exhaust nozzles & actually align with the light transparent blue external exhausts seen on the back of the ship (in the underside view).