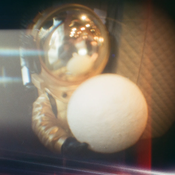 By Zung92
102 comments
I would like to see LEGO not just a display toy, but a real functional tool that people can customize and use daily.
My most important objective is to make a fully functional 35 mm film camera entirely of existing LEGO parts. And the main goal is also to make it affordable and portable, that's why I try to make it as compact as possible. ZH1 is built of 582 existing LEGO parts and 4 colours in total (main colours are metallic silver and black)
The biggest challenge is to make the body lightproof as my first and second film rolls were completely fogged up because of bright colourful bricks that illuminate the light inside the camera body, and it has several holes between the bricks. It took me several days to figure out how to seal it completely and also remained portable.
I think the camera fits the best with the LEGO logo from 1934.
The main lens is based on the existing magnifying part. I also made a special pinhole lens, which provides a pretty good effect and style that you can see in the samples.
The camera can be easily set as either full-frame or half-frame.
Working functions and features:
- Shutter button
- Film advance
- Film take-up reel
- Wind lever with wind release
- Customizable lens
- Full-frame or half-frame
Please support me by sharing this with your friends and family. You can also follow me with @zung92 for future updates.
With appreciation,
Zung