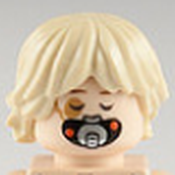 A Tribute to the Creators of Star wars

In celebrating 15 years of Lego Star Wars, I have created a tribute to four of the many individuals that were integral in the creation of the Star Wars films. The venue is of course the headquarters of Lucas Films, the Letterman Digital Arts Center in San Francisco, California; and what better location on this campus than the Yoda Fountain!

We are all the benefactors of the creative genius of these four men, and what better way to celebrate than a commemorative Lego set! 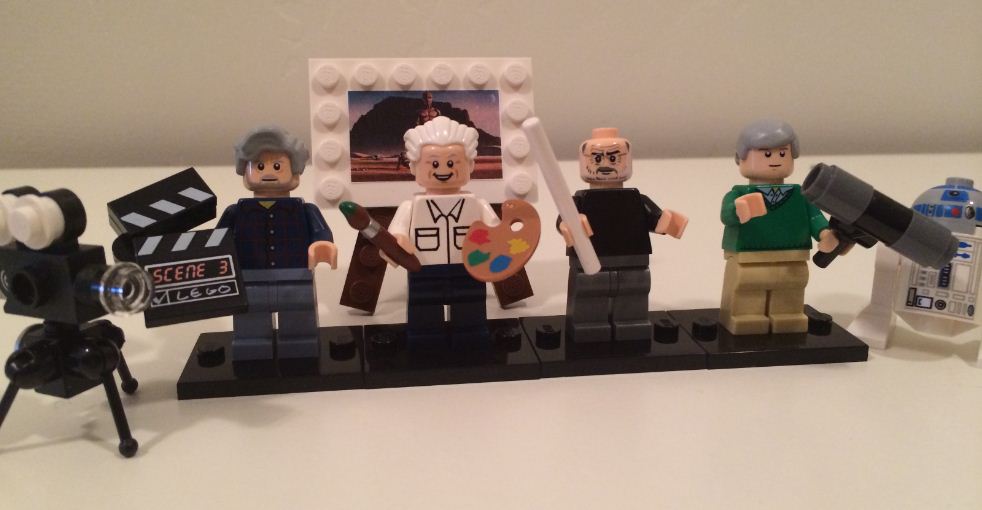 First and foremost is the visionary filmmaker Mr. George Lucas, the creator of the Star Wars universe. George Lucas pushed the limits of film making and pursued his dream when few believed, and created the most successful film franchise in history. We have been the benefactors of Mr. Lucas’ idea for decades, and will continue enjoy his creative universe for generations to come.

The concept art of Mr. Ralph McQuarrie brought the Star Wars world to life. His unparalleled creative designs and illustrations laid the foundation for the look and feel of the Star Wars universe and its characters. His visuals were integral in convincing studio executives to produce the film. Rest in peace Mr. McQuarrie, your legacy will not be forgotten.

What is a movie without music? Mr. John Williams’ symphonic score for Star Wars is one of the most recognizable in the world. His epic composition established the emotion and ambiance to match the equally rich visual world. The power of movie music cannot be overstated. I bet, even now, you can hear in your mind the melodies from Star Wars that are so familiar.

“Beep-boop-beep!” The voice of R2-D2 was created by Mr. Benjamin Burtt using an ARP 2600 synthesizer. Ben Burtt was a pioneer in sound design and forged a new path as he recorded and synthesized all of the sound effects for Star Wars. He added the critical layer of sound to bring the fictional universe into reality. So when you are “vooming” your light saber or shooting your blasters with a “pew-pew” sound, thank Ben Burtt for making those awesome sounds. 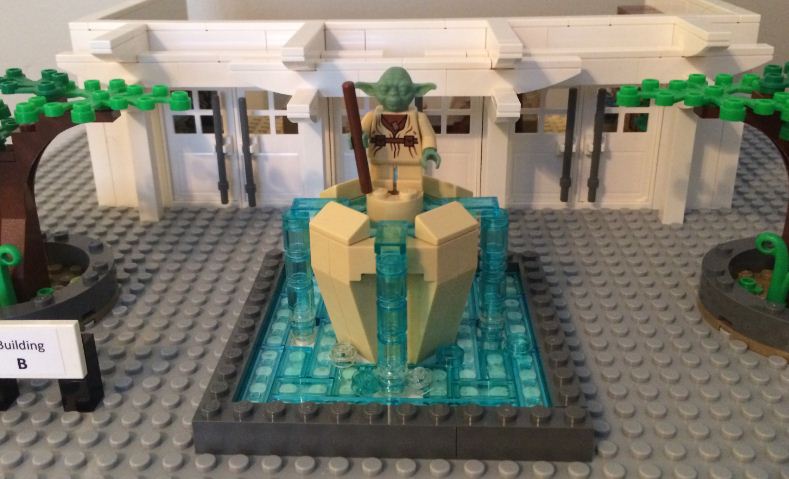 Located in Presidio, San Francisco, the Letterman Digital Arts Center is headquarters to Lucas Films, Industrial Light & Magic, LucasArts and more. Although completed after the original and prequel films, it stands as a tribute to the Star Wars legacy; and is now the location for current film production, including the upcoming Star Wars trilogy.

The main entrance to Building B is where the Yoda Fountain is located. This building is open to the public and houses many iconic pieces from the Star Wars films, as well as other film iconography. Included in my design are life-size models of Darth Vader and Boba Fett, a display case for various awards, and the seating area. 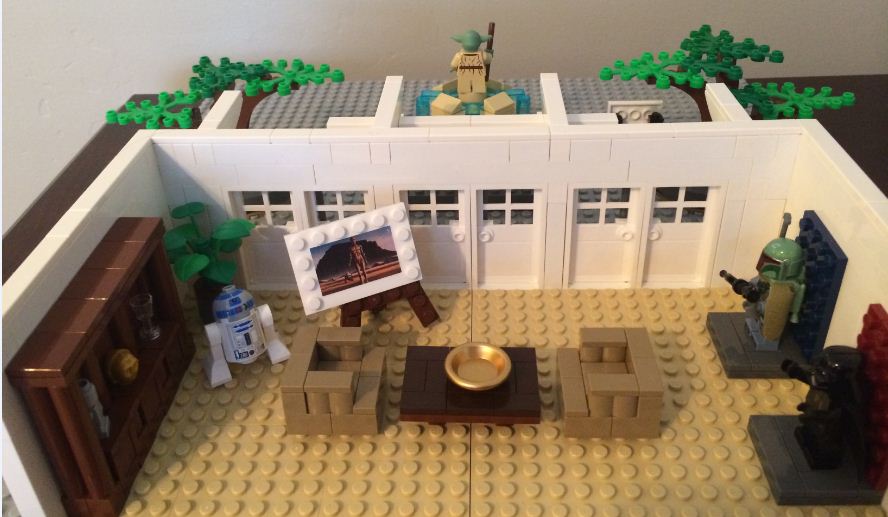 Thank you very much for your support! 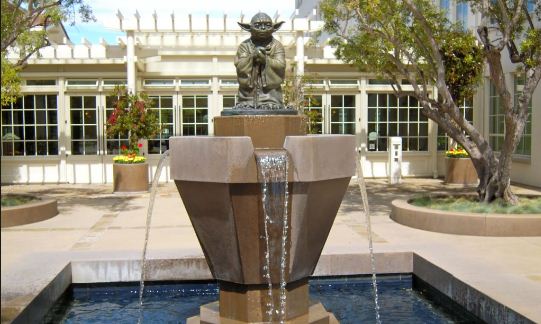