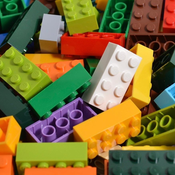 By Dragoner360
22 comments
Chess is a game that originated in India in the 6th century before it spread to Europe along the Silk Road. It wasn't until around 1200 that the rules of chess began to be modified to the game we know today. In the early 19th century, the rules of stalemate were made, and the rule that white moves first was also established. Throughout the 19th century, many chess books were written and organizations and chess clubs were established. The first chess tournament was held in 1851 in London.
Over hundreds of years, chess evolved from a local strategy game in India to an international sport with tournaments and thousands of players. Its unique design has also led to a common decoration object in homes around the world.

Chess isn't just a game, it is tactics and logic. With this model, you can either decorate your home or try to challenge your friends in a mind gobbling game.
I built this model because chess is a very interesting and fun game to play.
LEGO can be used to create almost everything, so why not build a chess set?