DUPLO Mysteries of The White House 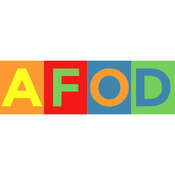 Now being supported by Wewantmedia.de

Zusammengebaut.com featuring the project in a news article

A big thank you to Andres and his team!

While the view number is pretty good just one week after the start of the project having been approved, the "conversion rate" of viewers becoming supporters is far from great: Unfortunately not even 4% of all viewers decided to support the project until now.

Still, I am confident we can reach the first "official" milestone of 100 supporters in the first 60 days - which would already make it the most successful DUPLO Idea of all time! (According to my research the most-supported other DUPLO project on the Ideas platform had 65 supporters.)

Sure, it will still be a long way from there, but as we all know anything can happen (I hope). Thank you all in advance, upcoming new supporters! And also a big thank you to everyone already supporting! Remember, there are still a lot of "Presidential Supporter Badges" waiting to be handed out to users who post their supporter number in the comments.