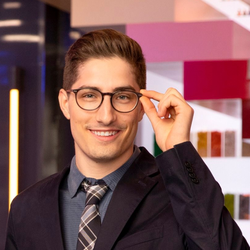 This is my idea for a new LEGO Lord of the Rings set. The Rohan capitol of Edoras, as seen in "The Two Towers," is an iconic scene from the world of Tolkien that TLG has not yet covered with their products. I believe this is a memorable scene that deserves to be made, and as I think I have showcased above, the can definitely exist at a plausible size and include a number of fun new characters. 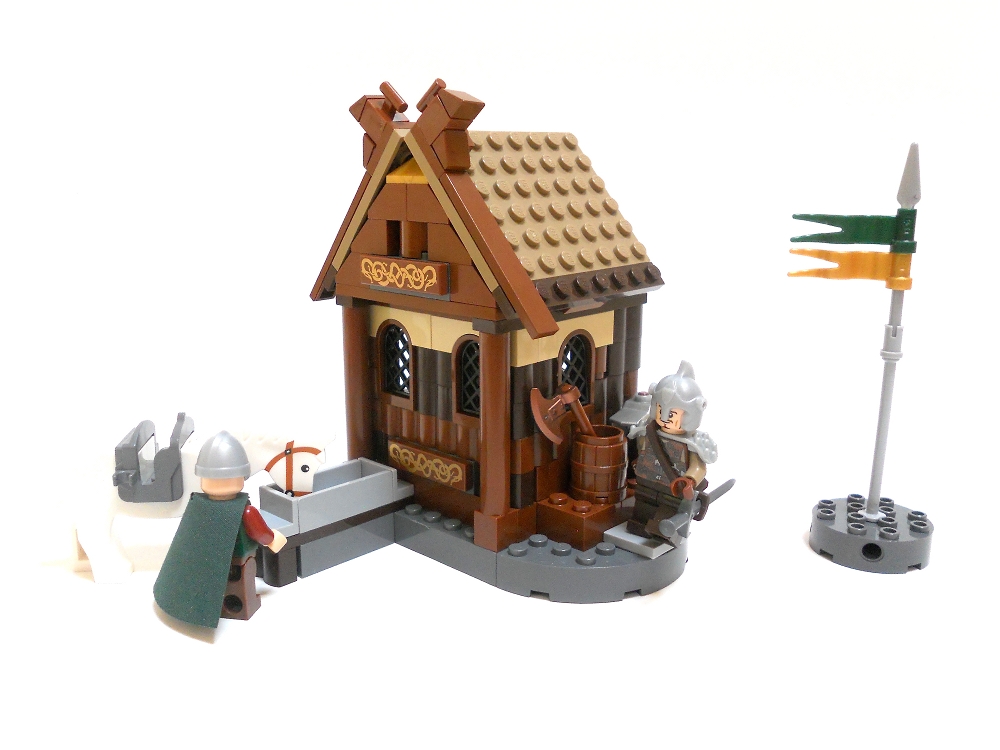 The Golden Hall of Medulseld is a 270 degree complete model, built with fine wood detailing and move-accurate structures. Also included in the set is another small complimentary building, seen above, with a weapons rack, horse trough, and a keg of Rohan ale! 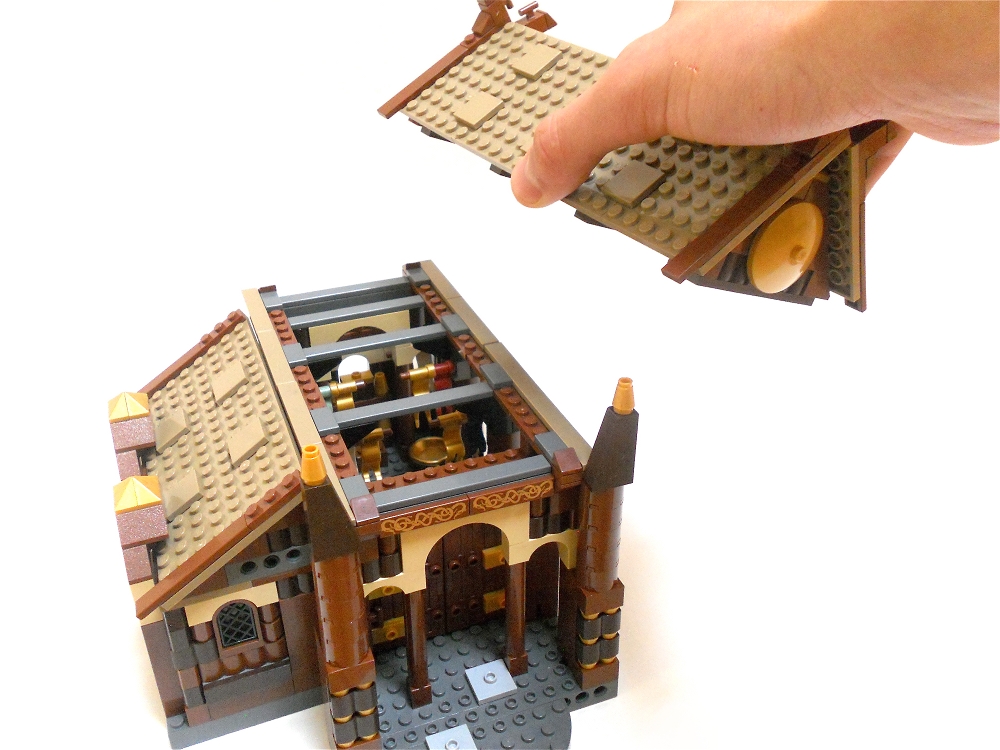 The main roof comes away easily to expose the inside of Meduseld. It is very sturdy and safe to detach from the main model. 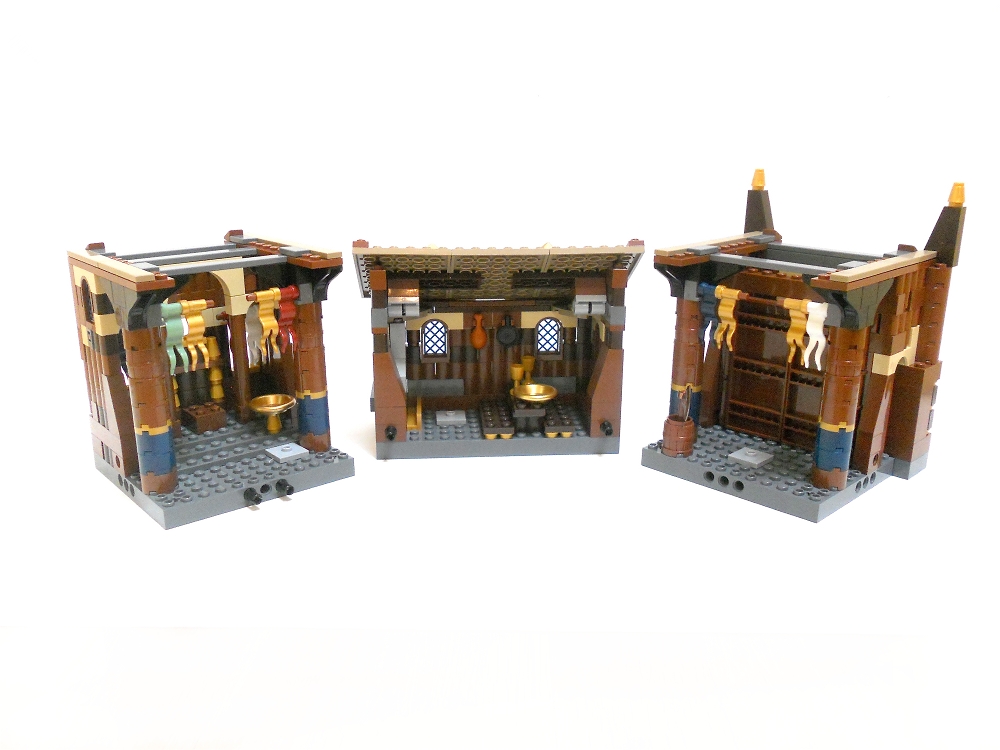 The inside of the Golden Hall breaks into three easy-play modules: the doorway, the throne, and the dining area. All are equipped with various accessories, and fit together again easily at the base for reassembly. 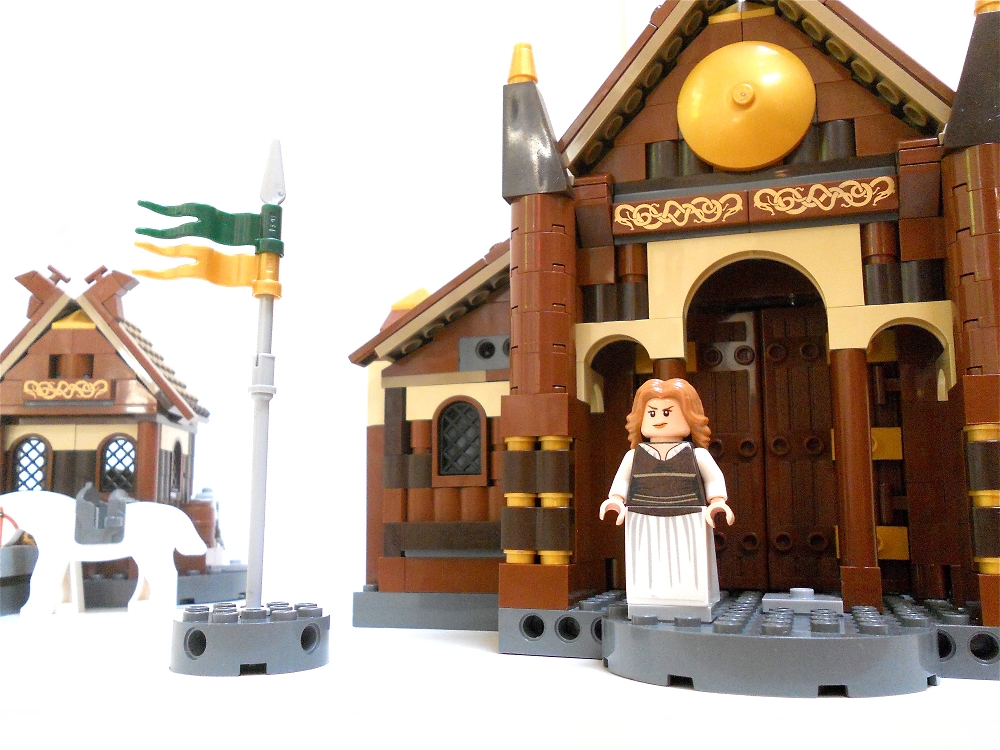 Classic, huh? Wouldn't you want to have one of these in your collection? I sure would, and I don't think there are many LEGO Lord of the Rings fans who could say no to a set like this!

If you like what you saw, be sure to go support my other CUUSOO Lord of the Rings model, Minas Tirith:
https://ideas.lego.com/projects/36275