Villa del Balbianello is a real life location in Italy's "Lake Como". It was built in 1785 into a Villa expanding on an existing structure from the 13th century. 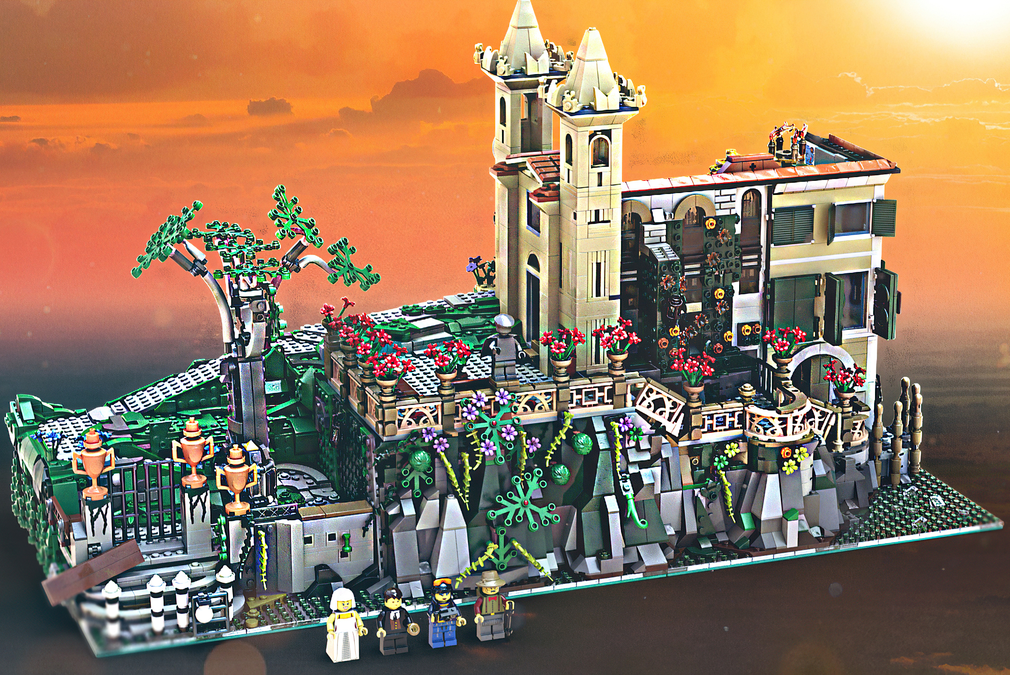 Because of the beauty of the location from the view of the lake to the terraced gardens and architecture it was used for various films including even James Bone and Star Wars. I have built around the most famous section of the villa with the docks, balcony and towers. While also incorporating some of the arches from a nearby separate building of the villa behind the model to better use the empty space. Various owners later, it was bought by an explorer which installed various artifacts into the interior. In modern times the villa is used for weddings and had over 100,000 visitors back in 2019. The interior incorporated on the LEGO design. Due to the explorer collecting various artificats and pieces. It really allows the set to have the privilege of having a really interesting interior as well as solely the exterior. The interior presented here is a mashup of the various rooms and includes various furniture including a display cabinet and even includes a antique sled with fur as shown in the above photo on the right (on top the more saturated green display). 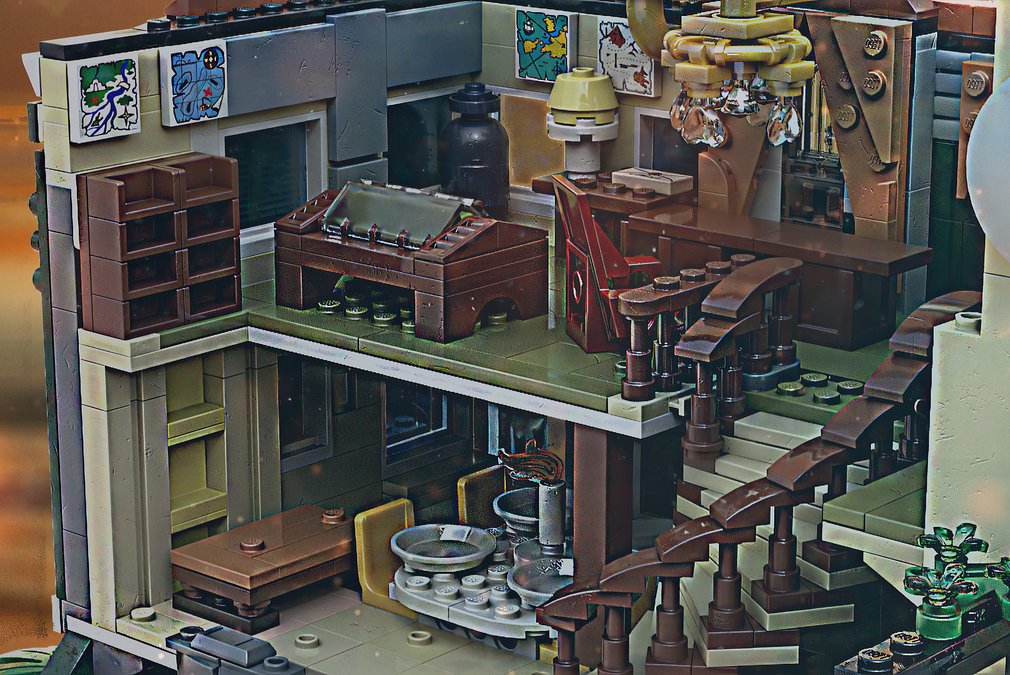 The infamous balcony with the flower pots and over-arching tree. A statue is present on one of the stone beams of the balcony. One of the entrances by boat from the lake. Four white painted bricole are present. Before the trophy/urn type gate design. The road path beyond curves and sways reaching the upper balcony with the red flowers. Technic parts are used to tilt the road curves. Most interestingly the one at the very start which gives a very un-grided look due to the curvature and further tilt. And finally some minifigure examples. Future wife and husband that are getting married and two tourists. One woman with a camera and sunglasses and a old man with a walking stick, hat and backpack. Although the villa was sold to the explorer in 1974 so any mini figure designs throughout this years could be appropriate in a final design.
Thanks for taking a look!