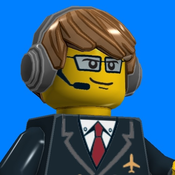 My Idea:
To make a Lego Beechcraft King Air, based on the actual Lego Corp. Aircraft. 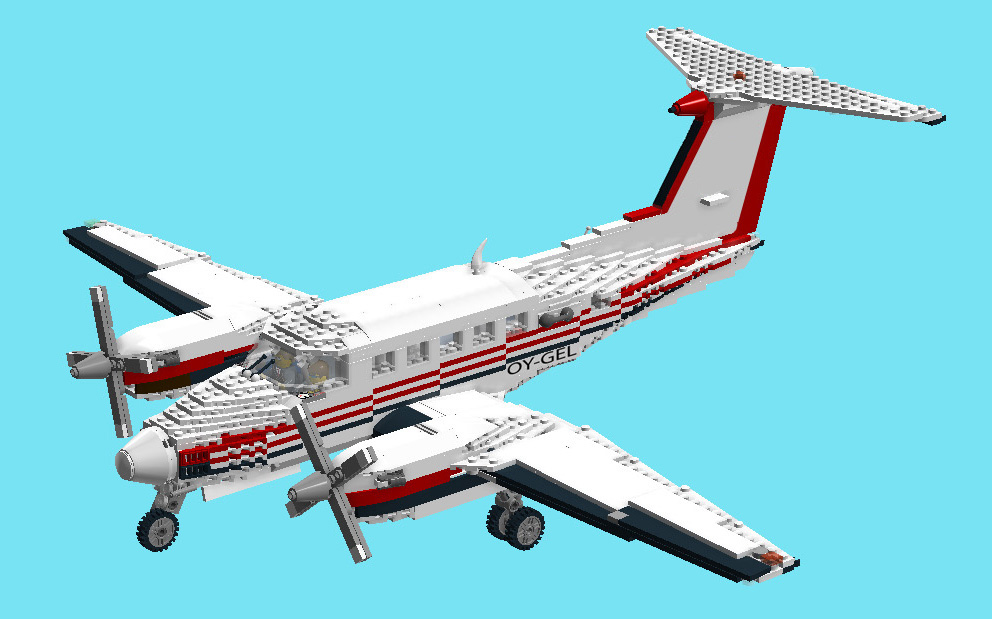 The Goal:
The aircraft are to have high detail and full interactivity, in other words a beautiful model that is also playable. This concept of a functional model is essential to reaching as many markets as possible. These models would look just as good on a desk as in the hands of a child. I would love to see people proudly displaying this model, or watching little children create their own adventures with this set. I would love to introduce the fascination of aviation to the next generation.

How:
These aircraft are to be made to scale with the width of minifigs. Minifigs are, of course, squatter than an actual person. To fit in a vehicle though, the width is the limiting factor. For example: a private plane would be 7 pegs wide; a private jet 8 to 9 pegs wide. One peg equals around 8 inches or 20 centimeters. Smaller supporting models that Lego already creates under the Town/ City umbrella would complement these new models.

Playability:
The most difficult task with this project is balancing playability with detail. Models must be detailed enough that a pilot could proudly display it on their desk, but it also must be durable enough for little hands to play with. My goal is that each plane would come with gear such as luggage, prop ties, chocks, fire-extinguishers, etc. This would increase the playability of the model. 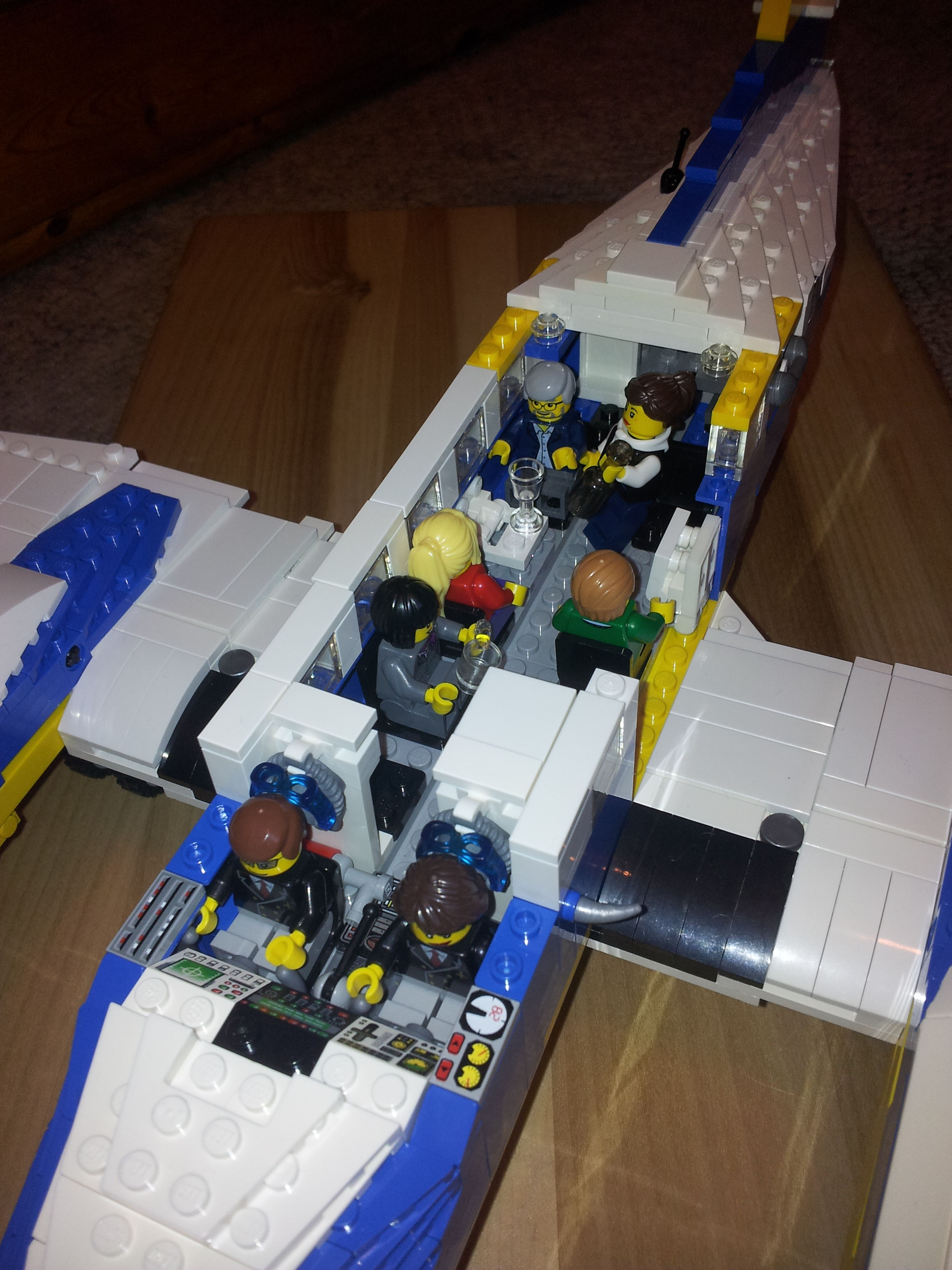 Feasibility:
The size of the models would be within Lego’s scope: this is in line with some of the larger models Lego has created before (787 Dreamliner had 27” wingspan with 1197 pieces), therefor this would be marketable, even if only as limited runs. By making these models more appealing, more than just something that is designed to sit untouched, there should be enough demand to produce larger quantities. Licences would need to be acquired to create these models.

Expanding the market:
Furthermore, I propose the possibility of made-to-order colours and logos. There are already model aircraft available online as wooden models which are made-to-order with custom paint schemes; I see a chance for Lego to penetrate this market. Lego used to provide a service where one could design anything. The refinement here is that the customer would have to choose from pre-existing models and a range of design patterns, instead of being able to order a whole new model. The model they order would still be unique, especially the colours but the pieces would stay the same from one model to the next.

An example of a customized model:

I would like to give honorable mention to MrSsorg for help with creating a Cuusoo project page. The DC-3 by MrSsorg would look beautiful alongside a King Air.

Lego corp also owns other aircraft that could be made into models at a later time:
OY-GKC: Cessna Citation (originally a 550, later a 560XL)
OY-OKK, OY-EKC: Dassault Falcon 900EX

To assist in ballast with these kinds of models, I propose that more sizes of weighted Lego bricks be created than what currently exist. 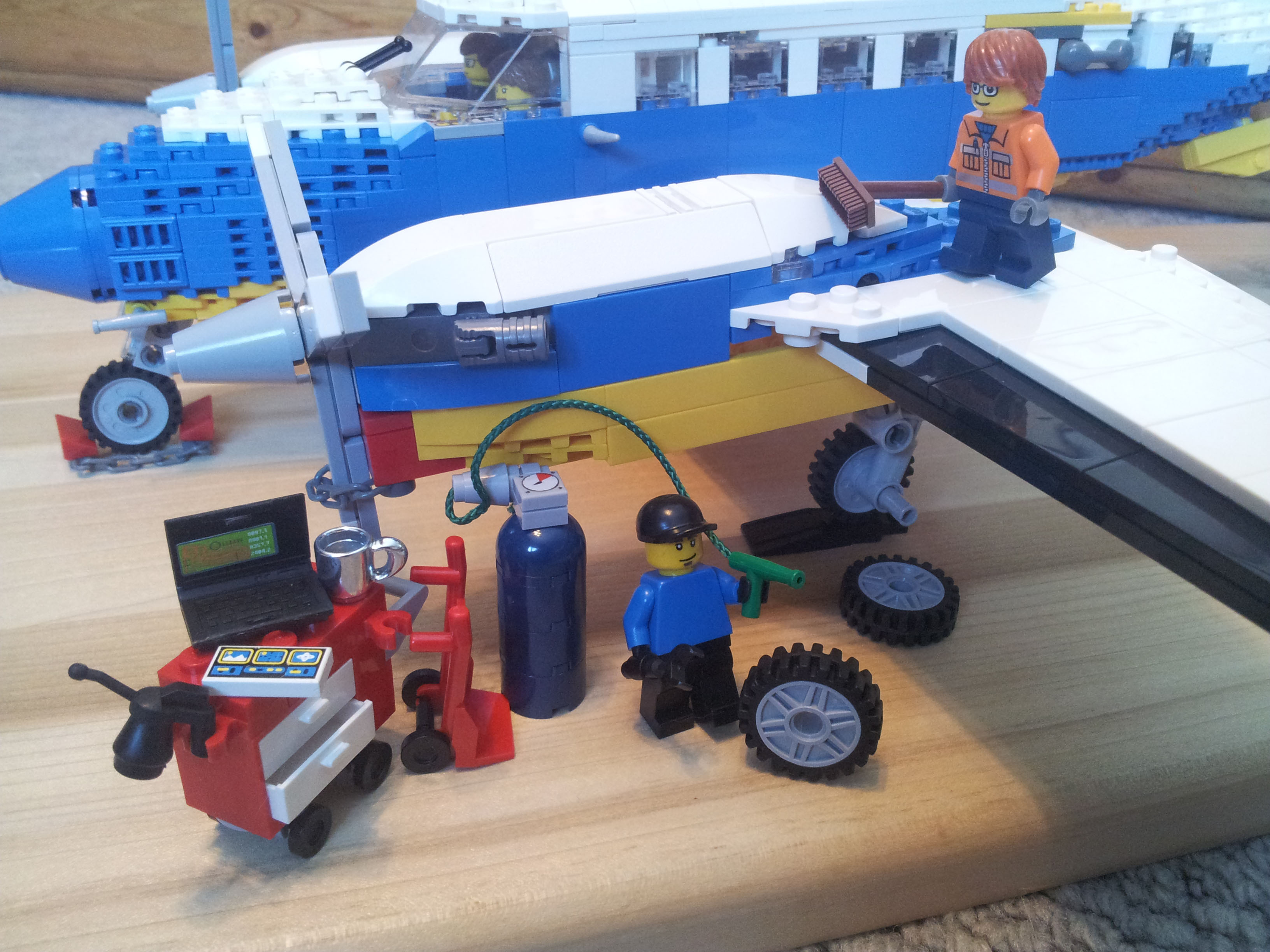