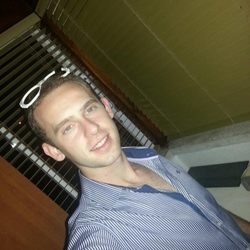 As I was going in a mall buying some stuff a "Lego" logo popped out of one of the shops. I decided to go and check the Lego sets the sell. At start I was shocked over the prices, here in Israel the sets cost 3 times as much as in the Lego online shop. For instance the Lego Ferrari 458 GT3 costs here around 45$ while the same set in the shop costs 15$.

Inspite of the high price when i saw the sets of Porsche 918 Spyder, McLaren P1 and Ferrari 458 GT3 I couldn't resist and bought them all. After building them and putting on my shelve I wanted to put some other cars there.

I decided to build a Lamborghini version based on same concepts and same size as the sets I bought.

The build wasn't as good looking as I hoped due to lack of pats in the Lego Digital Designer, but I think the overall details are OK.

Couldn't decide which window to put, dark or bright, so I will let you to decide.