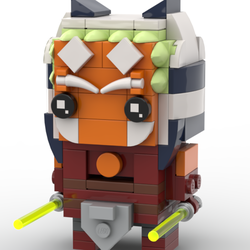 Batman123123123
28
347
days left
This is a set made for the return of the Alien Conquest Theme. It includes 5 minifgiures (two ADU soldiers, two aliens with a new design, and a farmer to go with the farm based set), 9 animals (four crows, a cow, a pig, a horse, a cat, and a chicken), and it consists of 943 pieces. I built this because I saw the success of set 21322, Pirates of Barracuda Bay, and I thought that maybe people would be interested in the return of another cool theme. I think this could work because I feel like the theme of Alien Conquest didn't receive enough attention, only lasting one wave. There may be a reason for that but I still think it was a cool theme.
28
347
days left