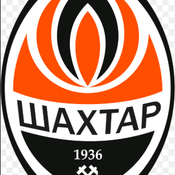 This structure is the Medieval Tower Bridge that has two identical tall towers with staircases that spiral around the towers to the top. At the top there are lights which are used to signal other towers of invading enemies. In addition there is a drawbridge that connects the two towers and can be folded downwards in order to let ships through.

I built this because I wanted to build a bridge that was unique and look Medieval at the same time. Also, I built this since I knew I had enough pieces to build this comfortably without searching for a long time for pieces.

I believe this would make a great lego set since it captures the Medieval times with a functioning drawbridge and it looks like an entryway to the castle right beyond the tower bridge. Also, it wasn't to hard to build and will probably take an hour to an hour and a half of building.