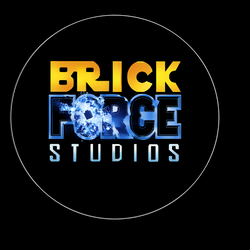 The bodies were built to stop-motion video on my channel, so I was forced to create as flexible figures as possible. I chose this kind of scale for micro figures, because I found out, that making the huge robots would be very hard to animate and to move. Moreover the smaller scale wouldn't be as effective compared to regular minifigures. I thnik this scale may be the best to play with all minifigures and miniature city models.

The heads were built using regular Lego barrels pieces, but I present the effect with stickers on them, because I think the best part of the Jaegers are details composed with Nexo Knights stickers on the body and stickers for face. In my first version for stop motion video, I used heads made of clay, but I know it wouldn't be possible for Ideas project. I was doing many prototypes for heads, but finally I realised, that their face deatails are very important to keep the whole effect and then I made stickers projects. I think that would be the best option and the most useful.

Hope this set would be perfect for every Pacific Rim and mechs fan!