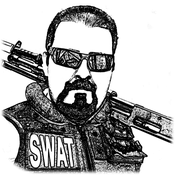 By SWAT
0 comments
I realise now that my little turret design was probably too small to attract any significant interest from the Lego Star Wars fans, so I've had a little re-think, and come up with this...

Larger photos can be seen at http://swat-strachan.deviantart.com/gallery/43210120

Look in my other projects for the Shadowtrooper Dropship. 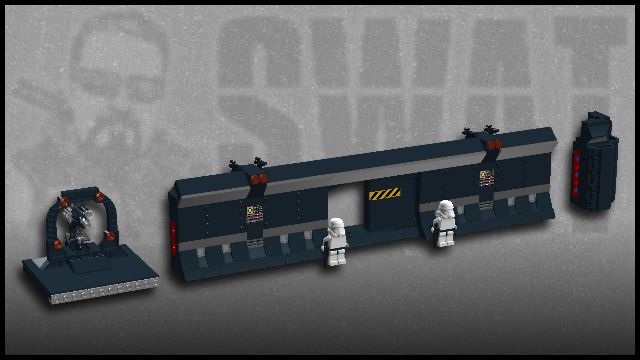 This is my design for a modular wall / corridor / hangar set. The idea would be that each wall section would be a single set (comprising of one wall, one right-angle adapter, one turret, and two Stormtroopers), and multiple sets could be purchased to make hangars to contain existing Lego Star Wars ships (TIE Advanced, V-Wings, AT-STs, speeder bikes etc). These sections could be constructed to form something as small as a 1x1 hangar for single ships, or to any size 10x4 for example, to hold entire armies! 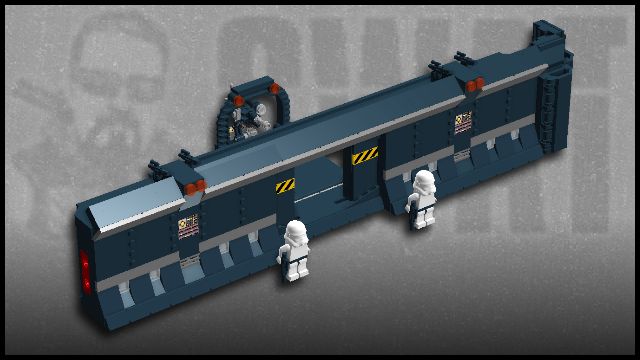 This would be one complete set. The wall is of a SNOT design (goes off giggling like a child :D) and incorporates a walkway along the top for troopers on guard duty. The turret fixes in place directly behind the opening doors. 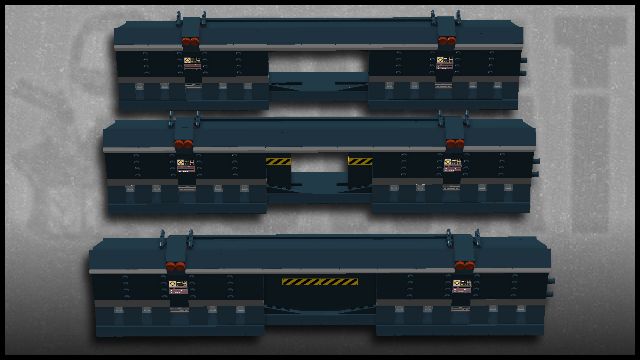 The doors are arranged so that they cannot over-travel, and each never covers more than half of the doorway. 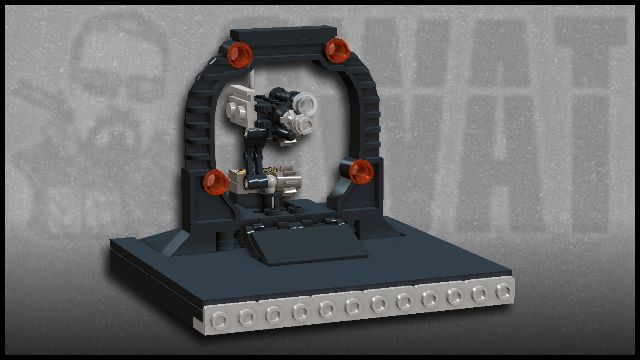 This is the redesigned Automated Defence Turret. Not much has changed other than the plinth it sits on, but hopefully it'll attract more attention as part of a larger set.

So far the set is comprised of 491 pieces, and eventually I will add an end section to allow two walls to be closed off as a corridor. I think this project would be of interest to MOC builders, and those who have collections of Star Wars vehicles that they want to show off, but it would also work well as a play set in it's own right.

Anyway, regardless of what it could be used for, vote for it, now! :D.

ps. The model looks like it's made from blue bricks, but it's mostly black and dark grey, you can thank Lego Digital Designer for the odd colours.