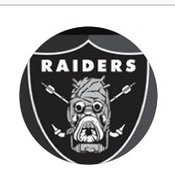 Have you ever thought about having a giant LEGO figure to build? If you said yes than this project is just for you!  This figure is a giant LEGO Figure completely built with LEGO bricks and pieces.

It is very big and actually looks realistic to a LEGO figure including the back (see pictures above).  It was originally built with a flat head but then edited to have a round head just like a real figure!  This was built in LEGO digital designer and has a total of 381 pieces.  On the legs are holes so that the figure can actually sit down.  His hands are realistic to a minifigure and this would be awesome standing on your shelves.  In one of the pictures you will see a size comparison to a regular sized figure.

If you like this set support it so we can make this a real set!