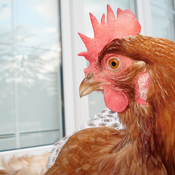 This is a Lego set of The Flying Dutchman from Pirates Of The Caribbean.  It is the last part of At World's End where Captain Jack Sparrow is fighting Davy Jones.  This set has 9 minifigures and a monkey.  It includes Captain Jack Sparrow, Will Turner, Captain Elizabeth, Bootstrap Bill Turner, Davy Jones, and 4 of his crew.  It also has 373 pieces.  This would make a good set because Lego didn't make the Flying Dutchman when there was Lego Pirates Of The Caribbean.  Many people would like to buy a Lego Flying Dutchman.  If you like this set, please support because if it gets 10,000 votes, it might become a Lego Ideas set!