Yes, I feel the same now and then too. So do pardon me for putting this on the table but, it being the oddest-looking and most power starfighter in the Rebel Alliance fleet, the B-wing certainly deserves more spotlight than it is having.

Perhaps its already on the LEGO drawing board, any hint? Anyway, putting the B-wing on the Cuusoo path may have one advantage: the supporters can put their price tag on the build. I believe* the median or mean price put by the supporters affect the designer’s constraint, IF it ever gets to 10K.

That said, by interpolating prices of existing Star Wars sets, this B-wing (with 575 bricks and 2 minifigs) could be priced between USD69.99 to USD79.99. 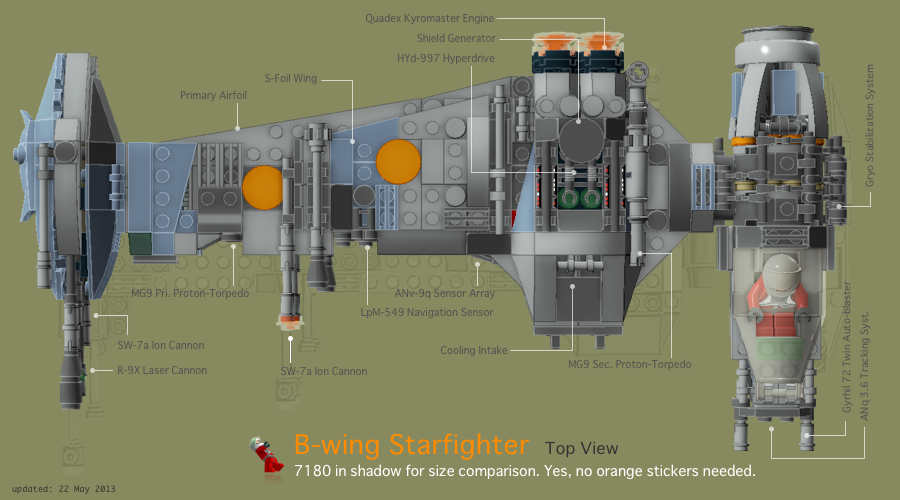 [So, what is unique of this build?]

This is a B-wing impression design and build as a tribute to the 7180 B-wing, which I am quite fond of. So, I am not adhering strictly to the drawings of the original B-wings from Return of the Jedi. However, I have tried to keep the key features that mark a B-wing: Quad engine, front intake, gyro-rotating cockpit, torpedos, opening S-foils, blade-like primary foil, and the many cannons.

It is also an attempt to introduce in a smaller model, the building complexity and aesthetic that are often associated with UCS. So, imagine a UCS-like swoosh-able minifig-scale model.

More pictures and notes to follow below. Thank you! 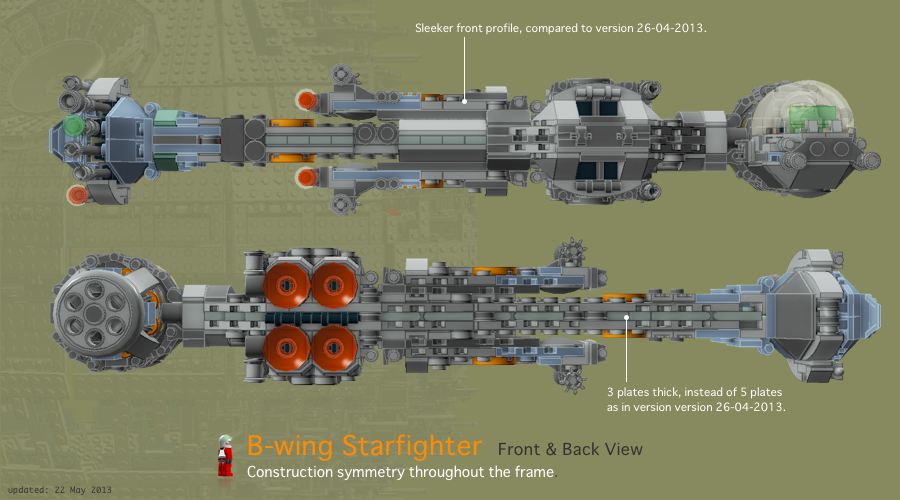 For reference, the primary foils of the 7180 and 6208 B-wing are one and six plates thick respectively. 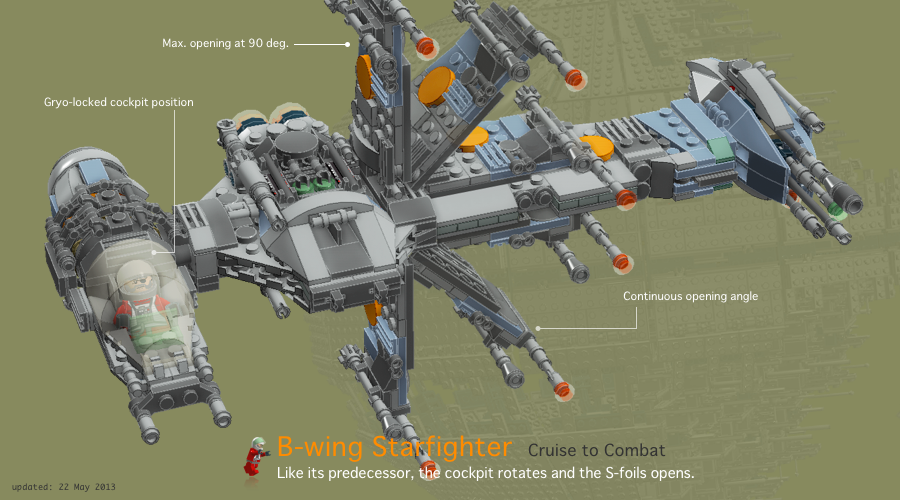 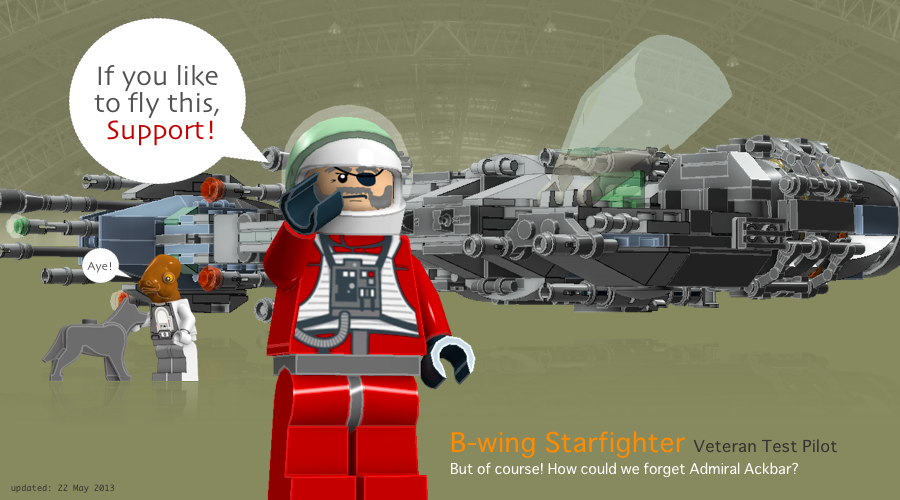 - The use of element 30033 PARABOLIC RING for holding the shape of the rear cockpit module is borrowed from 10227 USC B-wing.

- Instead of using hinge and plate elements, this model uses slope bricks to shape the intake/engine body; this allows more compact and solid build.

- The cockpit module length is reinforced with cross axle, avoiding the tail drop off as happened to the 10227.

- The whole frame/primary foil is held together with an array of 4275-4276 combination with several 2x16 and 1x12 plates forming the "backbone".

- Frame/primary foil is further clamped at various points with 99780-99781 combination.

Thank you for reading all the way. Comments and questions are certainly welcomed, I'll try my best to answer them :)