Straight out of Lego Batman film, here is an adaptation of a giant Kryptonite-powered robot created by Lex and Joker, and controlled by Luthor. The Joker robot has appeared in Lego Batman: The Videogame (2008), and Lego Batman 2: DC Super Heroes (2012) and in its animated adaptation.

One hundred hours and 3256 Lego bricks later (before an optimization of the number of bricks), according to an idea suggested by Kiseng and Carpediem, I am pleased to finally be able to present this interpretation of the robot to scale 60%, which measures: 66 studs (55.5 centimeters) high, 39 studs (31.5 centimeters) wide and 26 studs (21 centimeters) thick.
The head is adjustable to up and down and left and right.
Jaw is adjustable up and down and tilts to the side for a large amplitude of expression.
The bust rotates 360 ° at the waist.
In the back , there is a door that opens up to be able to enter in the cockpit when the reactors were rotated 90 ° outwards .
The shoulders and elbows are adjustable in two directions.
The hand is adjustable in two directions at the wrist , and the four fingers have twelve joints , five in all three directions and seven in one direction ( similar to those of a human hand with only four fingers !) .
The hips are adjustable in two directions, the knees in one direction with three joints for rigidity, the ankle is moving in three directions through an articulation and a joint and foot have three joints each to be able to better adapt to the ground by moving downwardly.
That's it, if you like this model, and if it gets quite a lot of supporters, I will propose a simplified and more economical version, with the scale 20%.
Enjoy it and do not forget to support this project Cheers ;o) 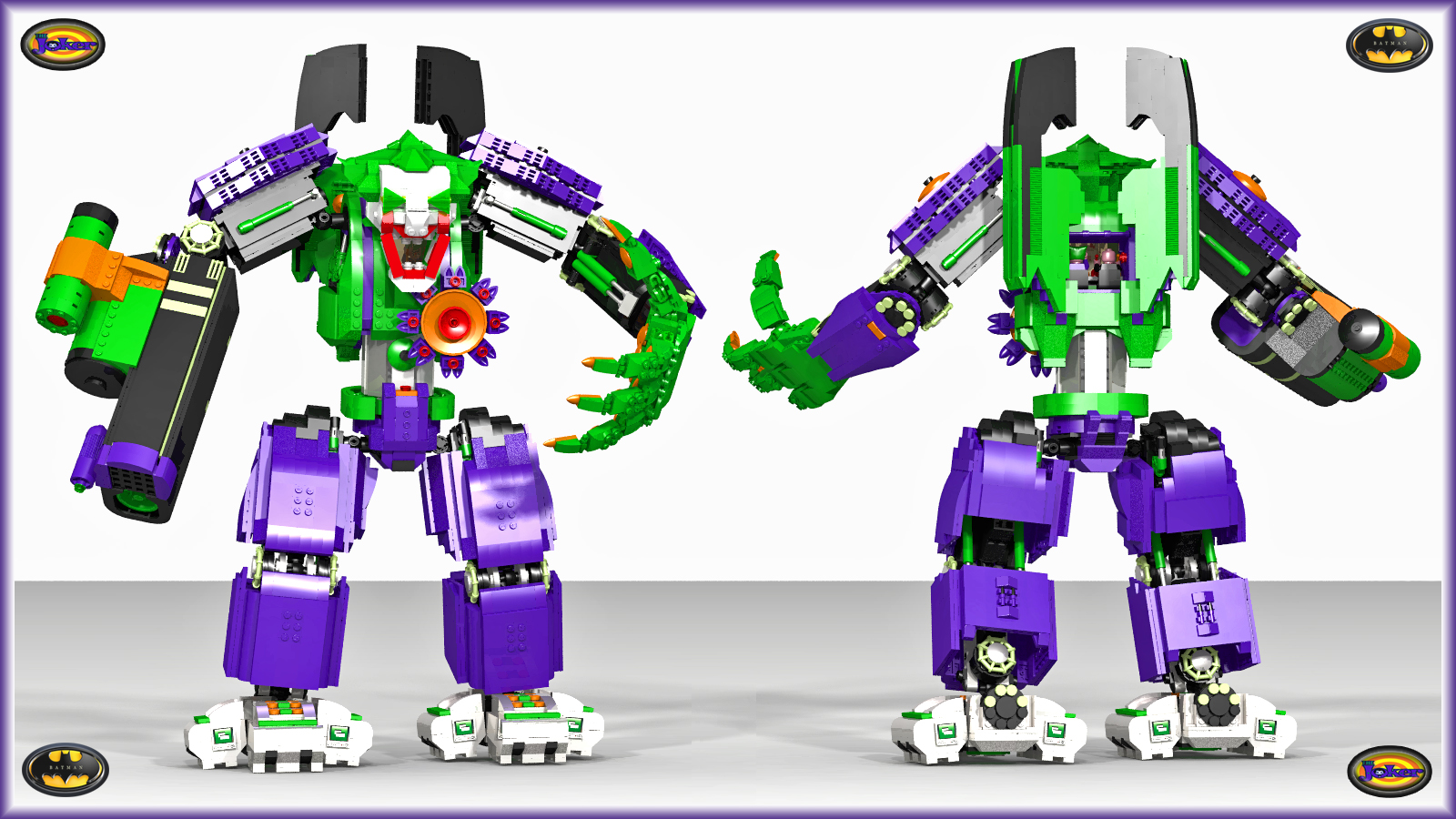 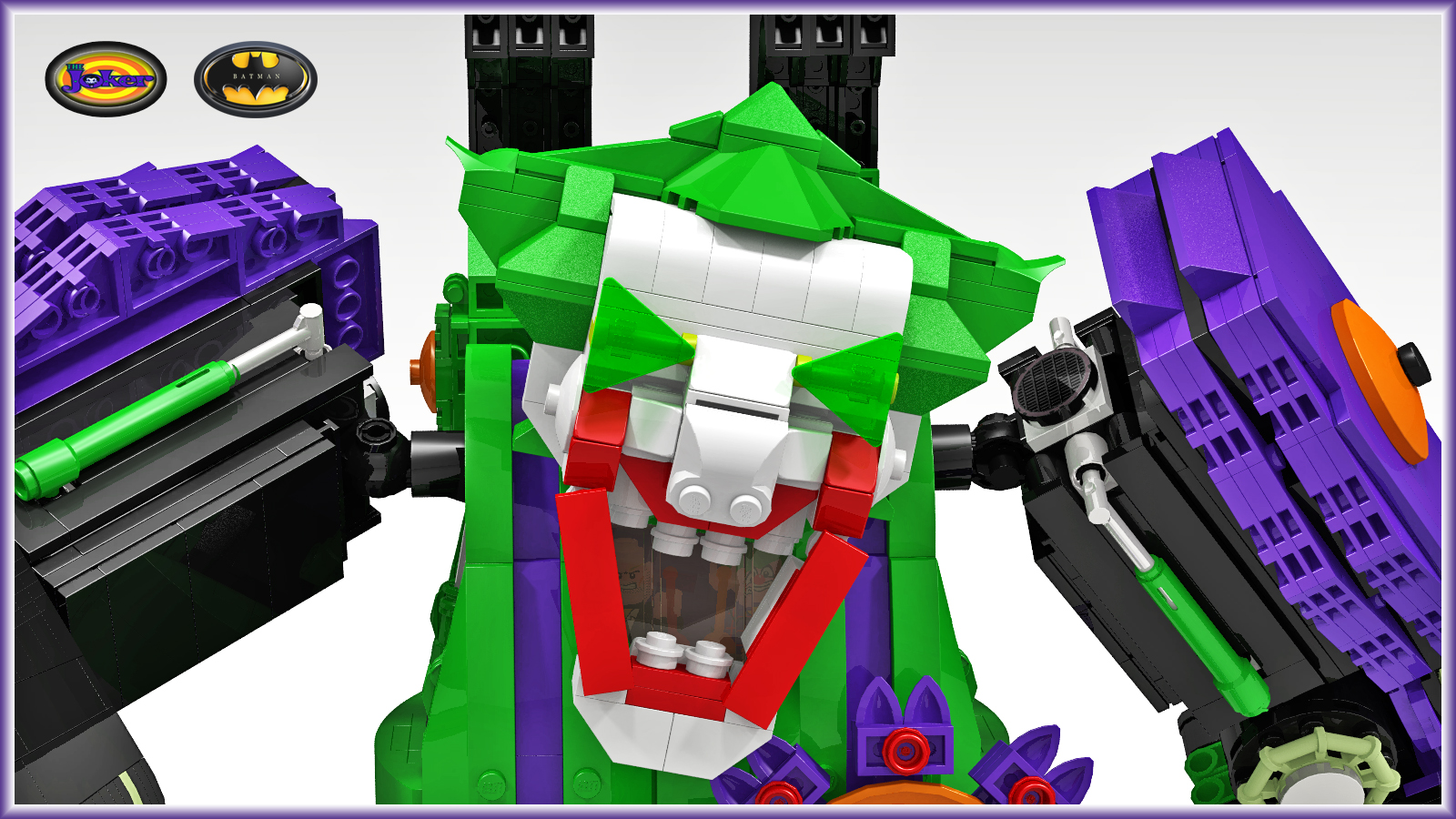 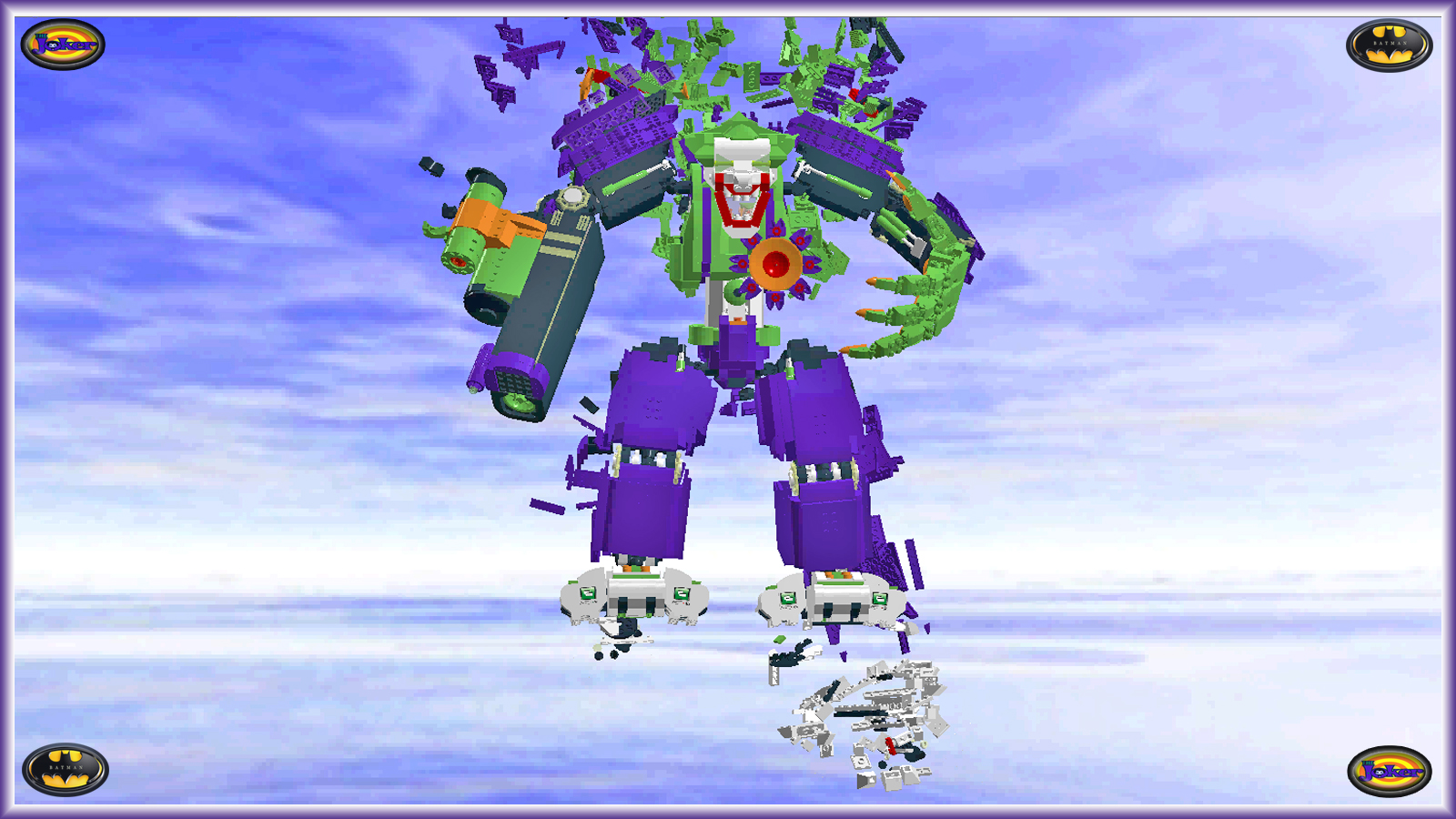 Lex Luthor is running for president, but his poll figures are terrible. He learns that the Joker knows how to produce more Kryptonite, and can make a gas that makes people love him, which will help Luthor win the election and defeat Superman. He breaks the Joker out of Arkham Asylum and promises him the use of Luthor's De-Constructor weapon to defeat Batman by dismantling all his gadgets and vehicles. And as they leave,Joker uses the De-Constructor to break Harley Quinn,Poison Ivy,Penguin,Two-Face,Bane,Catwoman, and Riddler out.

The election day, Superman and Batman visit the LexCorp building, and are attacked by Luthor in a giant Kyrptonite-powered Joker robot. The villains describe their plan to the heroes as they defeat them, and then leave. However, Batman and Superman had switched costumes to learn Lex and Joker's plan. The two then switch back costumes and chase down the robot, but fail; since the Kryptonite drained Superman's powers and Batman doesn't have a vehicle, the two are forced to take a bus to City Hall. Later, outside City Hall, Lex makes a speech in front of a huge crowd and then has Joker use the Joker robot to spray the crowd with Joker Gas. Lex then finds out that the Joker Gas has caused the crowd to start cheering for Joker to be president and realizes Joker tricked him. Joker's handiwork is visible from space, alerting The Justice League, who arrive to help Batman, Robin, and Superman.

After a prolonged battle, the League traps the Joker robot. Cyborg and Batman open up the robot's chest with explosions, and The Flash loads the Kryptonite into Wonder Woman's invisible jet,which shuts down the robot.Lex and Joker are arrested and Commissioner Gordon congratulates the Justice League for their victory.