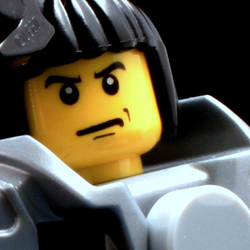 In 2007 LEGO introduced a very appreciated series of sets. It was the LEGO Creator Modular Buildings. The first five of these where Café Corner, Market Street, Green Grocer, Fire Brigade and Grand Emporium.
In 2012 LEGO Designer Jamie Berard put togehter a set of mini-versions of the first five Modular Buildings. It was released as 10230 Mini Modulars and it was a great success! It spawned an onslaught of LEGO creations, in the mini modular standard, all over the internet. After the release of the Detective's Office i 2015, we all waited in anticipation for the Mini Modulars II , with mini versions of the latest five Modular Buildings. But it never came.
I've built my Mini Modulars based on the "standard" introduced in 10230 Mini Modulars released in 2012. My houses are all compatible with the original Mini Modulars. Just like in the original set the bottom 8x8 plate is the same color as the 32x32 basplate in the original. Also, all the colors are the same as in their larger counterpart. I've also tried to jam as much detail as possible in the buildings. But I've excluded lamp posts and vehicles, just like in the original set.
Please support my idea and complete your series of Mini Modulars!
80