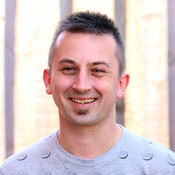 By FrostBricks
42 comments
Feel the music with this life-size replica of a retro Boombox.
"Music. The soundtrack of life. Shorthand for emotion. And the power to move you"
The inspiration behind the model came from many sources, but mostly it's that I like to have music play as I build - and wanted to create a lifesize version of a boombox worthy of display in any AFOLs home.
It's not just intended for adults though. Theres play features included, so that getting hands on is rewarded; And the central section can be swapped out to be a stage with dancing minifigures instead - which means it could be an awesome addition to any LEGO City as the central feature of a Rock Concert.
Packed with play-features, the central section can be swapped out to be either a classic tape deck, or a music stage. Play features include;
Like any LEGO Ideas proposal, this is a prototype at the moment. There are more features planned. So, with your support, and as the model hits the milestones to 10,000, I'll share those updates, starting with alternate versions of the central section, that reflect different musical tastes. (Next planned is a Rap Battle) But ultimately, this is for you guys, the fans - What Rock Band, or music style, would you like to see showcased?
Anyway. If you like the model, please hit support and share with your friends. And thankyou.
** All parts shown are genuine LEGO. Light from light bricks has been enhanced with studio lighting. Minifigures are placeholders only and not intended to be included in any final product. **