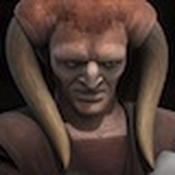 By BrickBrain
0 comments
This project is pretty much jumping off of the Battle of Hoth board game, which unfortunately didn't make it to the US and other countries. This could be a full theme of board games, I'm just not sure if I want to make another game yet or not. Now, time for me to explain how to play:
This game represents the Death Star detention block scene from A New Hope of the Star Wars movies. The objective is to rescue princess Leia by unlocking her cell door. But you also need to watch out for stormtroopers and other Imperial enemies along the way. There are three players, Han, Luke, and Chewbaca. After the players have decided who goes first, the first player rolls the die and moves the number of spaces the die tells them to go. This game is very similar to Heroica, so the die for this is practically the same (I'll explain how the die works further below). When you come across an adjacent space of a stormtrooper, you must fight it. If you roll a four, you defeat it and take it's space. Remove it off the board if it is defeated. If you roll a three, you defeat it, but remain where you are. Remove it off the board if it is defeated. If you roll a two, you defeat the stormtrooper, but it also defeats you at the same time. Remove the stormtrooper from the board AND go back to the beginning. If you role a one, the stormtrooper defeats you and you go back to the beginning. The stormtrooper remains on the board. Your ultimate goal of the game is to retrieve one of the three keys (One for each player) and unlock Princess Leia's door. You MUST have a key to unlock it and you can only have ONE key (There is one for each player). If you are on a space touching a key, you may take it. If you are on the space next to princess Leia's door and have a key, you may unlock it, which makes you the winner of the game. The one key that is an exception is the one in the control area. To get this, you must defeat the Imperial officer. The only way to defeat him is to roll a four. If you roll a three, nothing happens. You remain in the same space and your turn is over. If you roll a one or two, you lose and have to go back to the start. That's it.
Microfigures included: Luke, Han, Chewbaca, Princess Leia, Imperial officer, and around 6 stormtroopers.
Thanks you for reading and I hope for your support :)