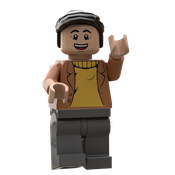 I honestly didn't think that it was going to get this far when I first started making this model, but you all have proved me wrong! Thank you all so much for your support and your love for this set. I'm glad to see that so many people want to see it succeed as much as I do. Thank you for helping this project get one step closer to achieving that goal, and thank you in advance to all of those who will give your support in the future.

(And a happy belated birthday to the wonderful Carl Sagan, whose minifig is probably still my favorite part of this whole set) This new model of the Cassini–Huygens spacecraft is slightly larger than the last one, so it is a bit more detailed and is a little closer to matching the scale of the other spacecraft included in the model.

As always, constructive criticism is always welcome—let me know what you think I could do to improve! I want this to have the best chance possible to get to 10,000.

Thanks again to everyone that has already supported the idea, and thanks to those who will give their support in the future! Every vote counts. We're almost halfway to the 5,000 milestone! 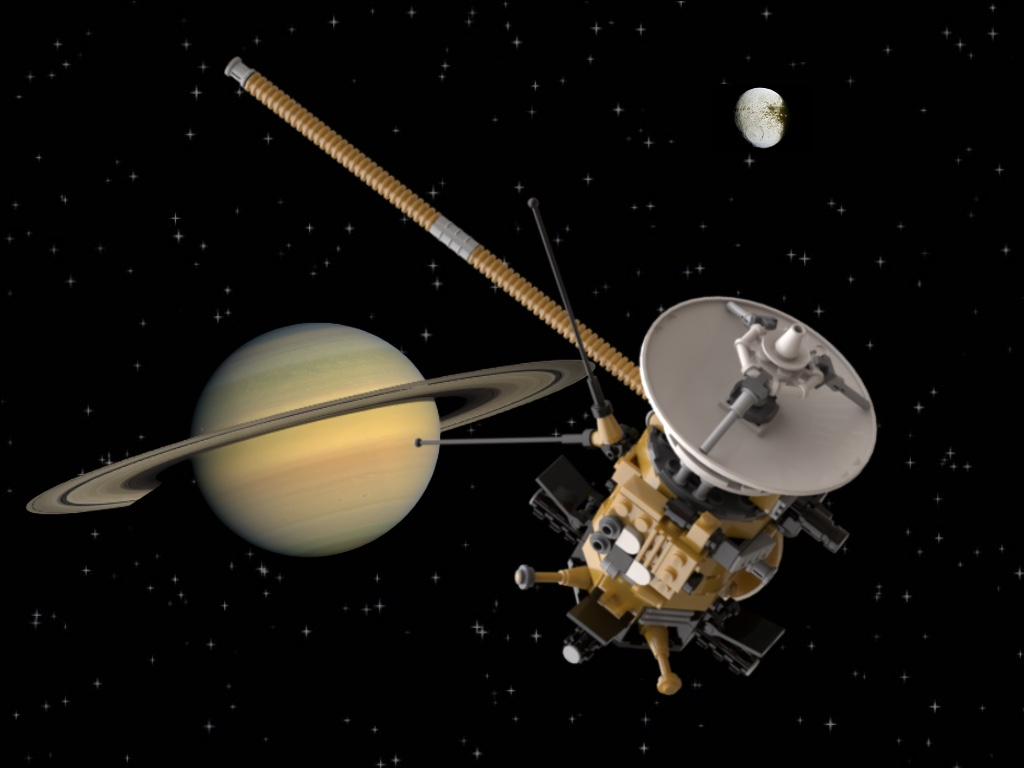 We've officially hit 1000 supporters! Thank you, everyone, for your support! EDIT: Sorry, it looks like there's some bug that's not letting me add any images at the moment. Rest assured, they are coming! I'll post the new images as soon as I can resolve the issue.

EDIT PART 2:  I figured out a workaround to get some of the images into the update. Enjoy!

I am pleased to present the first update to my Outer Solar System Explorers build!

First off, thanks to everyone for all of your support—I've been amazed at how quickly supportership has been growing. We're almost halfway to 1000 already!

This update is mostly cosmetic, with the addition of information labels on each of the spacecraft plaques. The labels include the name of the spacecraft, size and weight, launch vehicle, mission objectives, a timeline of significant events, and more.

Each minifig now also comes equipped with a unique name plate, perfect for displaying the figs beside the spacecraft. I have also made a couple adjustments to some of the figs; Cassini's fig has a new torso print, and Tombaugh's fig has a new, custom face print.

Next, I will introduce a brand new minifig being added to the set... Christiaan Huygens! The Dutch mathematician, physicist, and astronomer is famed for his discovery of Saturn's moon Titan in 1655 and for the invention of the pendulum clock in 1656. The Huygens minifig is displayed with a clock in his hand to commemorate this significant invention. 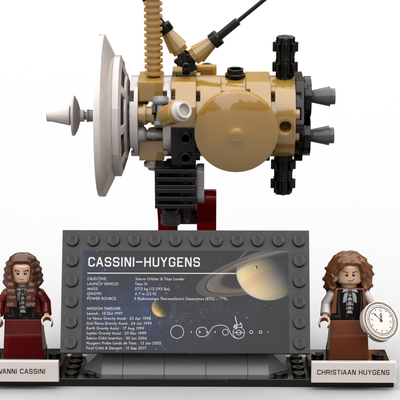 Christiaan Huygens and his contemporary Giovanni Cassini were immortalized with the launch of the Cassini–Huygens spacecraft, a joint mission between NASA and the European Space Agency (ESA). The NASA-built Cassini orbiter circled Saturn from 2004 until its controlled descent into Saturn's atmosphere in 2017. Cassini carried with it the smaller Huygens probe, built by the ESA. In 2005, the Huygens probe detached itself from Cassini and descended through the atmosphere and landed on the surface Titan, which moon was discovered by the probe's namesake exactly 350 years earlier. The Huygens landing is still the furthest landing from Earth ever made by a manmade spacecraft.

I hope you enjoy the update! More will probably be coming eventually, so stay tuned.

Thank you all again for your support! 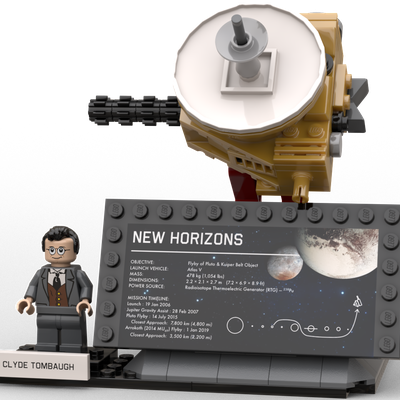 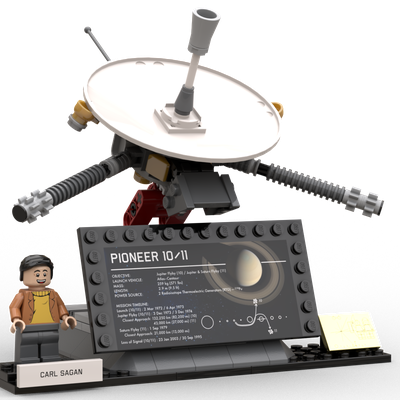 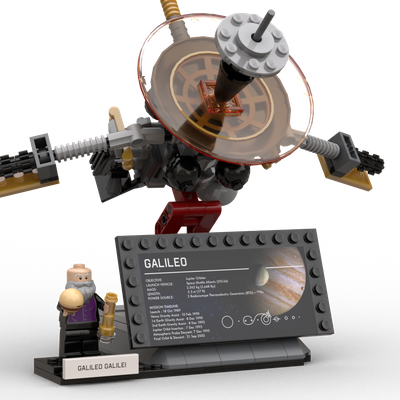 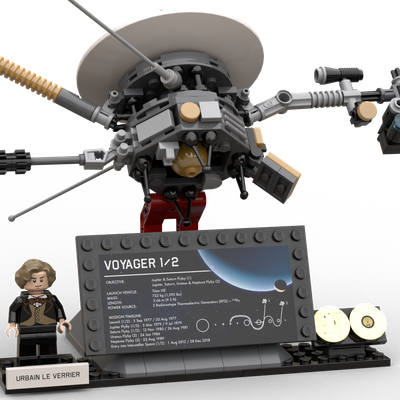 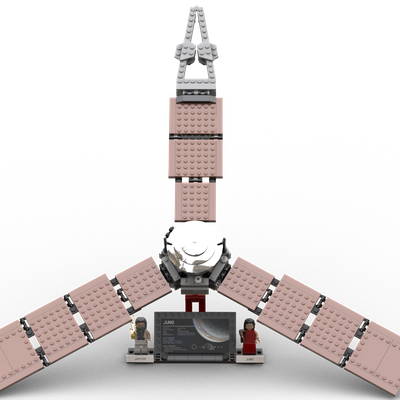 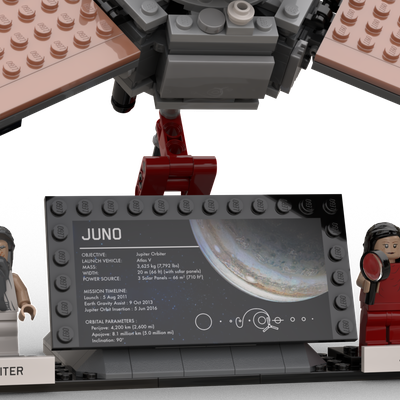 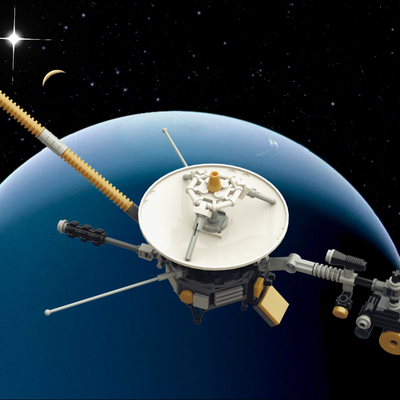 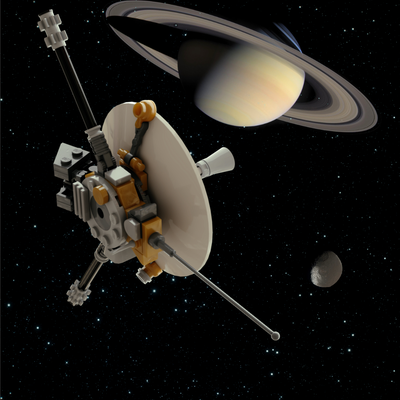