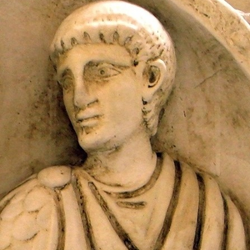 The Thranta-Class Corvette is the mainline cruiser of the popular Star Wars videogame: Star Wars: The Old Republic.

This Thranta is built on a Technic™ frame with an outer shell similar to Brickster0404's Hammerhead Corvette project. The set features seven rotating gun turrets, two removable escape pods, a command seat in the hammerhead, a communications panel in the middle, and the bottom of the corvette opens up to reveal spring-loaded turbolasers. The orange hump on top opens up where the Technic™ carry handle can be found.