By kjveg1
0 comments
Lego Architecture sets are about celebrating engineering marvels and landmarks. What better location to celebrate than the soul of New Orleans?

Opened in 1975, the Mercedes-Benz Superdome is still the largest fixed dome structure in the world, with its 680 foot dome that covers 13 acres. Underneath this giant dome, there have been 6 (soon to be 7) Super Bowls, 4 (soon to be 5) Final Fours, 4 BCS Championships, as well as numerous other memorable sporting events.

The Superdome was a refuge for thousands during Hurricane Katrina, and has become a symbol of hope for the city ever since it reopened to host the Saints and Falcons on September 25, 2006.

Let's go, NOLA. Let's get the Superdome the attention it deserves. 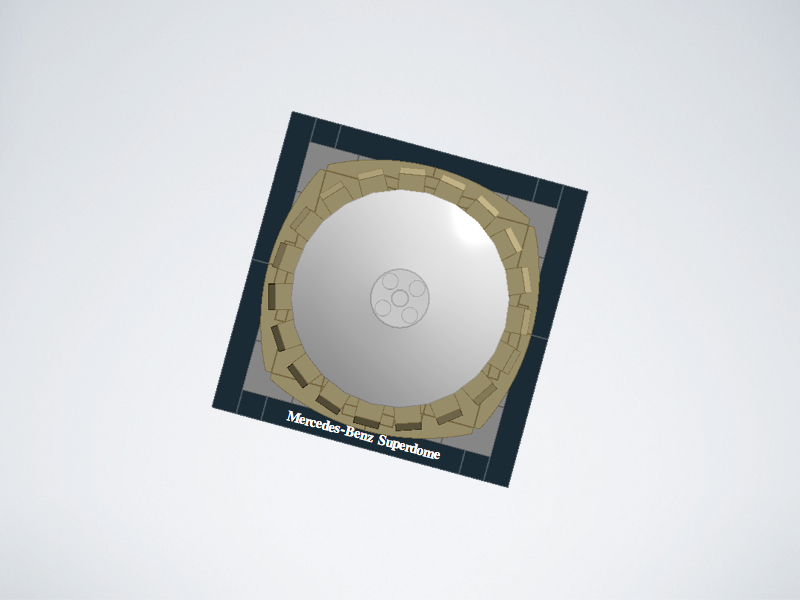 Note that the lower tan section is a rounded-square (not a circle), per the design. 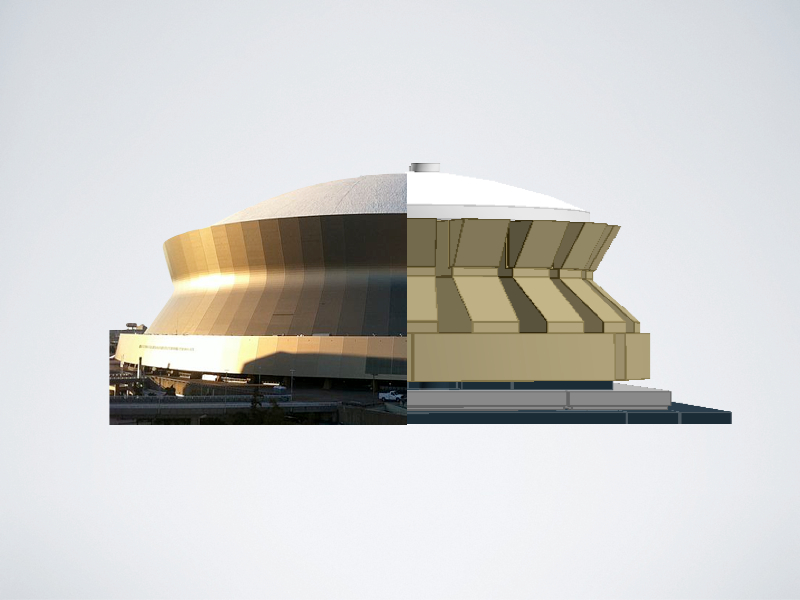 The proposed design next to the real thing. 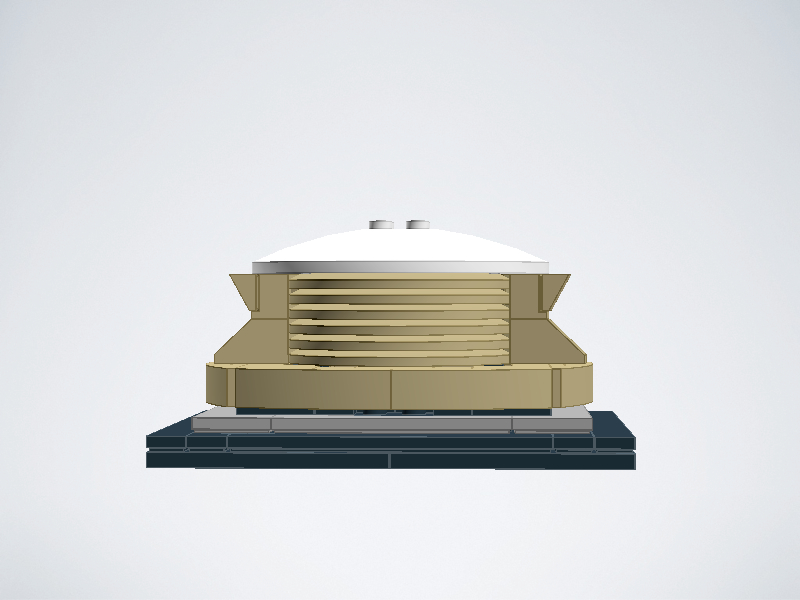 The design with the exterior stripped away. 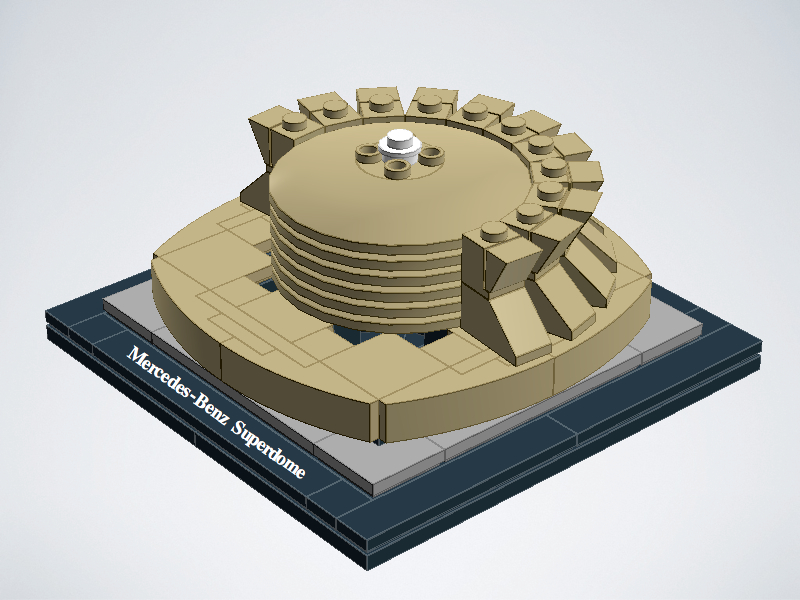 The current design has 19 exterior "ribs" that are held out by the inner 6-brick-diamter discs and held in by the 8-brick-diameter white disc used for the roof. One idea is to have a thin tan rubber band around the middle of the "ribs."

I would appreciate any ideas for improving the model's structural integrity.

Also, I believe that the perfect color for the building (rather than "brick yellow") would be "sand yellow." Any thoughts?