What is LEGO ideas all about then?

This is a campaign to produce an official 3 Musketeers Lego set. Producing fan conceived Lego sets is the point of LEGO ideas. Projects really only have a shot at getting produced if they "go viral" to some extent. So please consider:

- tweeting the project (and tweet again, and again, and again, and...again)
- share on Facebook with all your friends and people you think will be interested in the subject of LEGO or the 3 Musketeers
- directly contact esteemed individuals and webpages that are cool enough to talk about the subject or have abig fanbase estabilished.
- Publish it in your tumblr
- Add the image to your instagram
- Comment the project
- Tell all your friends and family at home, school, work.
- ...

Simply put tell everyone about it and encourage them to support the project. Once we reach 10.000 supporters, LEGO cuusoo will then review the project and if it passes, a new LEGO 3 MUSKETEERS will be made available to us all.

Thanks for helping us out! 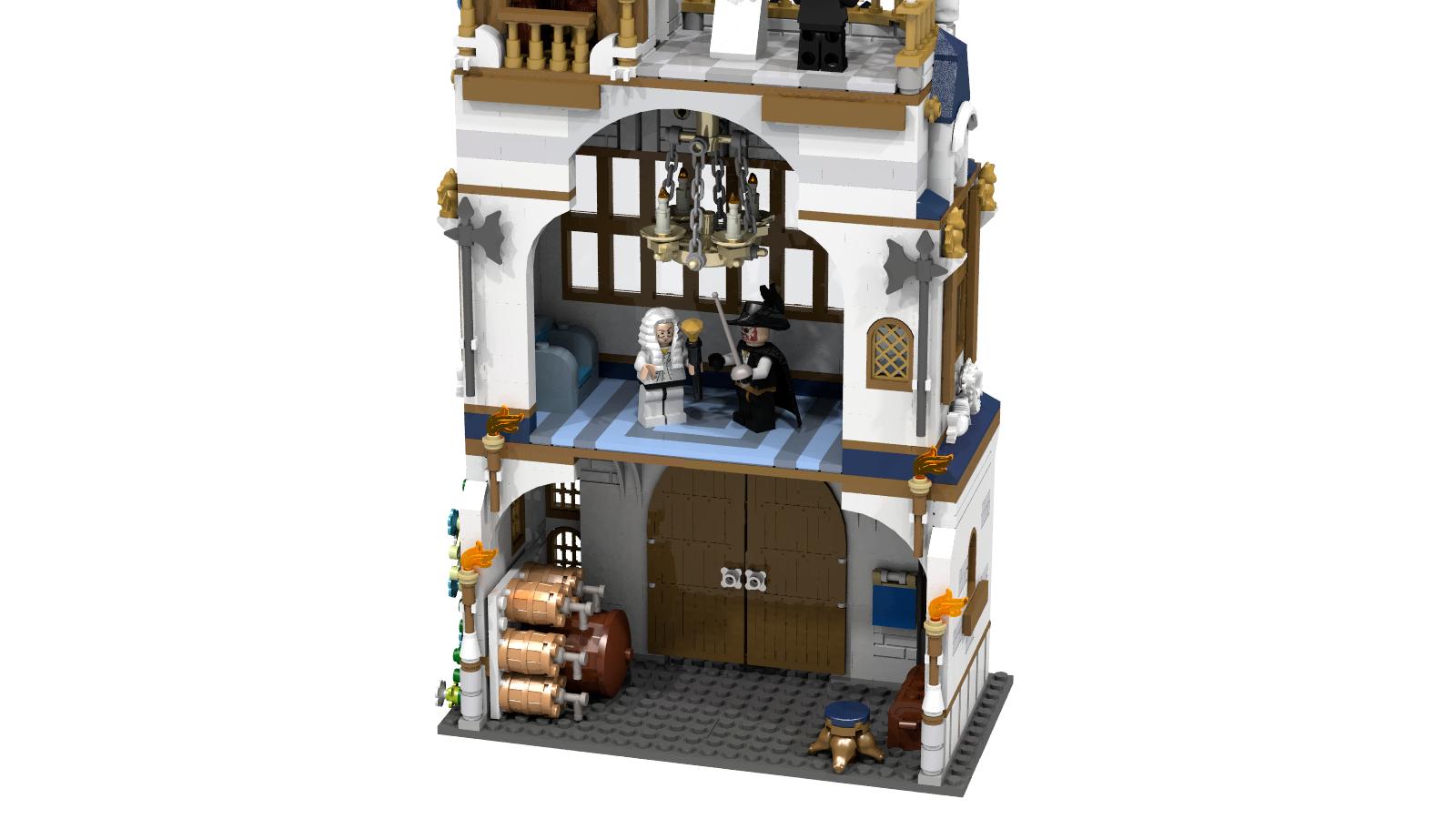 The Three Musketeers (French: Les Trois Mousquetaires is a novel by Alexandre Dumas, first serialized in March–July 1844. Set in the 17th century, it recounts the adventures of a young man named d'Artagnan after he leaves home to travel to Paris, to join the Musketeers of the Guard. D'Artagnan is not one of the musketeers of the title; those are his friends Athos, Porthos and Aramis, inseparable friends who live by the motto "all for one, one for all" ("tous pour un, un pour tous"), a motto which is first put forth by d'Artagnan.
The story of d'Artagnan is continued in Twenty Years after and The Vicomte of Bragelonne: Ten Years Later. Those three novels by Dumas are together known as the d'Artagnan Romances.
The Three Musketeers was first published in serial form in the newspaper "Le Siècle" between March and July 1844.
It’s the 170th Anniversary this year! 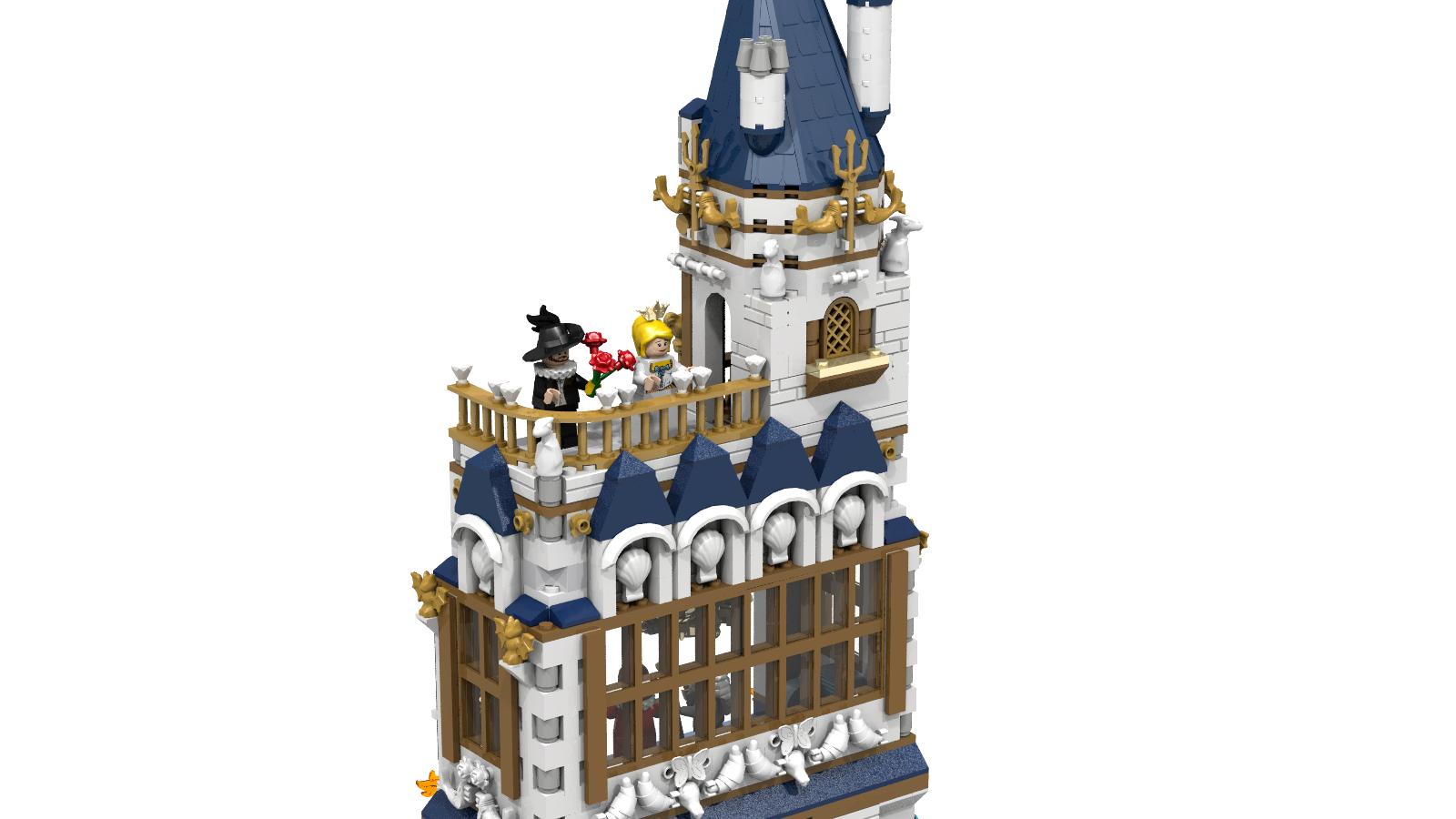 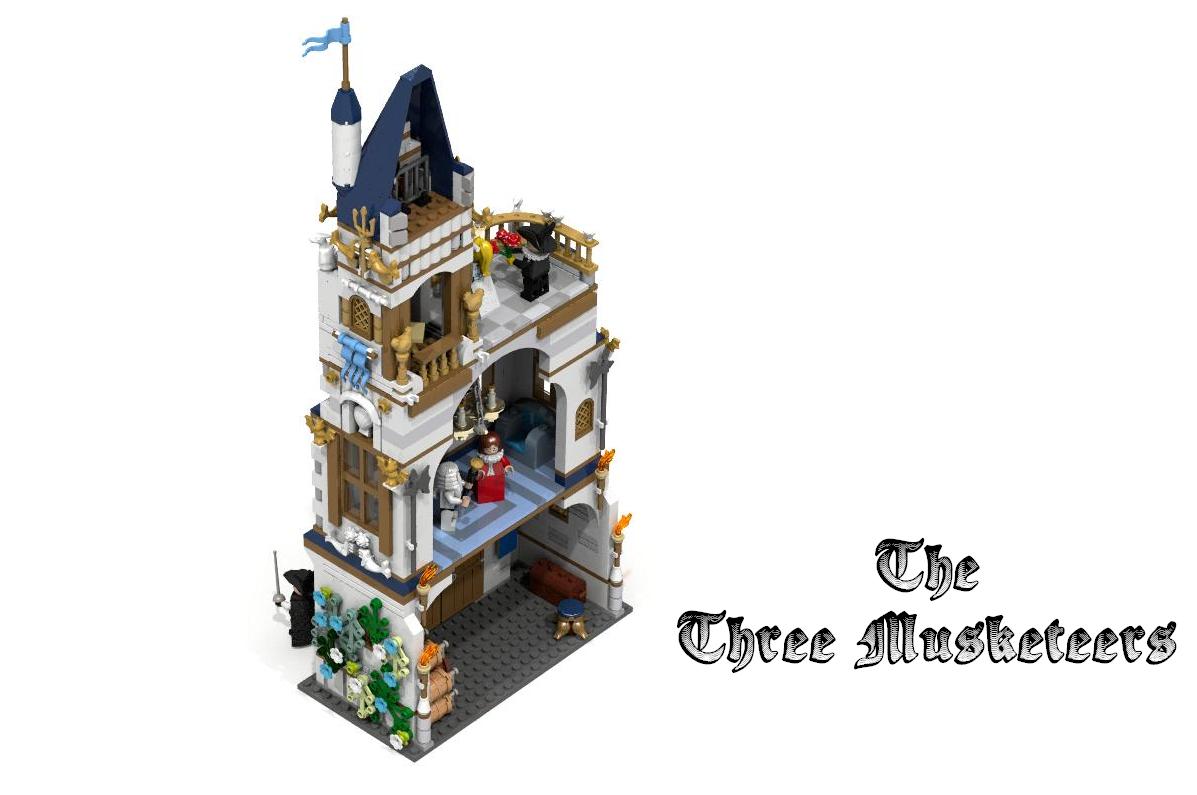 The proposed set includes a four storey building with a terrace, and detailed interiors and exteriors:

- First floor is both the entrance and the cellar with a little stool for the guard outside to sit whenever he's feeling tired. Standing all day is tiresome.
- Second floor includes the grand room where high dignitaries meet to discuss the matters of state with the king while sitting in comfortable looking sofas, under the light of the great crystal chandelier.
- Third floor is a small room with terrace for the secretive encounters of Queen Anne and the Duke of Buckingham. He must climb the the ivy in order to reach the queen and offer her red english roses. In the small room, the queen prepares a secret messages for her maid Constance to deliver to the Duke of Buckingham, warning him not to come because enemies of the state seek to start a war between England and France.
- Fourth floor is a small kitchen for Constance to bake some bread and cakes for D'artagnan and the three musketeers. But big Porthos is the one that eats them all. 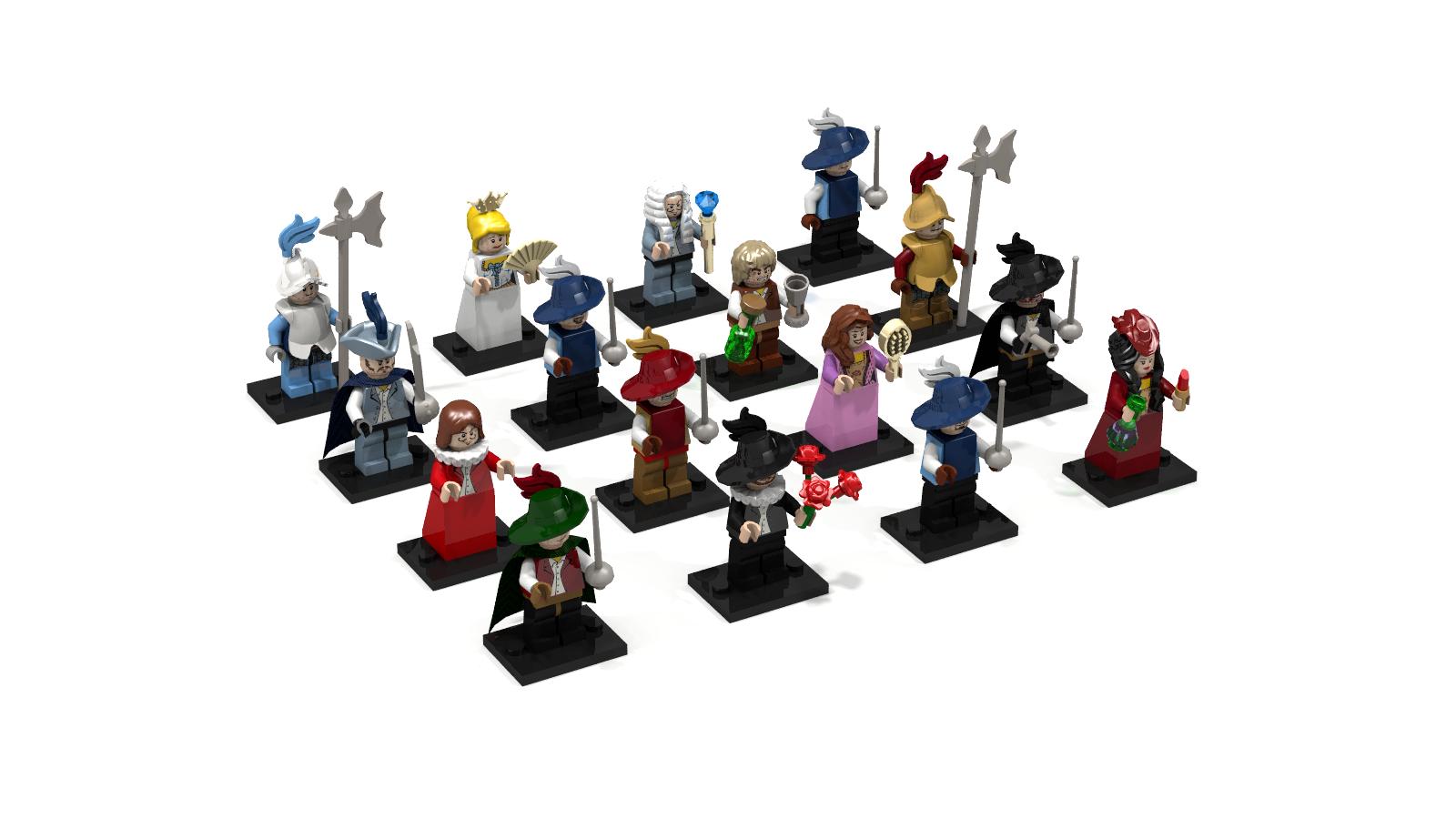 List of characters
(From left to right, bottom to top)

We'd love to have them all but It'll be up to Lego to determine the number of characters to include.

But your input is always invaluable - let us know which ones you prefer in the comment section.

This project is the result of a collaboration between creators

Thank you all for your help, support and don't forget to check our other projects!!!