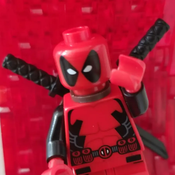 By Gotham6
16 comments
Build the Alien Space Destroyer. Load the missiles, jump in the cockpit, and fly into action. Land at planet 72's base site and recover the alien DNA, but watch out for the alien attack.
Set includes space destroyer, planet 72's base site, spaceship driver, two aliens, alien's DNA, three containers, computer, two spring loaded shooters, and rotating DNA cabinet.
The computer can open and close and the Alien's DNA cabinet can spin around. The spaceship has two spring loaded shooters, three engines, spaceship controllers in the front and back, and a huge engine. The spaceship also has three tires so it can roll around on the ground. The planet also includes a walk in cave.