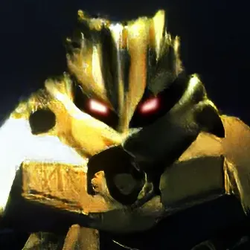 The evil Red Skull is going to lead the Hydra to victory if Captain America doesn't stop him in time!

This project features a rather tall figure (it uses titan hero factory torso and legs) with a Hydra symbol printed on his chest armor. As you can see his main colour is black and red for head and hands.

This figure is extremely articulated thus posable and playable. It can carry two weapons with the same system used in some of the constraction sets from star wars (by attaching the weapon to the leg.)

This set includes a primary weapon, the gun, and a heavy one, a modified rifle that can store the Cube.

Despite the character is made with CCBS the heavy rifle uses bricks for most of its build, yet it fits perfectly in the set made with 89 pieces.

Feel free to see my other projects: