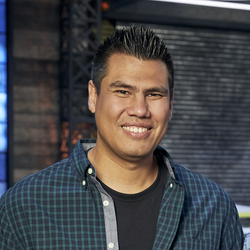 A modular building with a twist!

The internal structure of the building houses an array of gears and pistons, which animates the mini-figs in ways that have never been seen before.

The story of a Wild West shootout is brought to life, while the intricate mechanics are hidden beneath the aesthetics of a traditional "period" building that would not be out of place in any Western genre movie.

Despite the multiple animations and off set timing of the characters, the whole set is powered by a single Technic power functions motor, although the set could be easily modified to allow a hand crank.

The mechanics really push the boundaries of what's possible with LEGO and would fit perfectly into the realm LEGO Ideas, as it seamlessly combines a LEGO Technic with system bricks to create organic motion in an otherwise static scene.

The Wild West genre is overdue for a revival and what better way to bring it back than with LEGO Ideas!