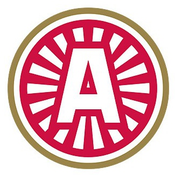 Once upon a time there was a land called Half-brick Landia which was split into 8 smaller kingdoms. However, not everyone was happy with what they owned. The most powerful, "The Lion Kingdom", thought if all kingdoms united, they could make a stronger, economically powerful land- a force that no other land would dare to attack! Not all the citizens were happy with the idea to share the army and gold so two of them formed a union called the Black Falcons, while five others formed the Lion Knights. The poorest, smallest kingdom didn't have a say and were taken over by the Lion Knights. Their land was covered with forests and they knew it better than anyone, so fled and hid in forests, forming their own resistance army: the Forestmen with Robin Hood as their leader.

This led to the first union war. Everyone knew that the King’s Castle (from first ever LEGO castle set 375) was a symbol of power; whoever controlled it controlled the land and at this time it belonged to the Lion Knights. The war was long and tough, but the Black Falcons succumbed. The Lion Knights defended the castle, but it was damaged and needed repairing. To honor the king, they kept the yellow tower and west walls, while the rest was rebuilt with the new Lion Knights union colors (as from set: 6080: King's Castle).

The Black Falcons accepted defeat and retreated, changed their name to the Black Monarch's and began regaining their strength. They kept their land strong and after many fights, they became infamous for being the toughest army. However, they didn’t yet own the King’s Castle, which they longed to conquer.

Soon after, a powerful wizard joined the Black Monarch's (Merlin the Wizard), who was known for his ability to tame dragons. With his power and his tamed dragon by his side, (Ogwen The Dragon from sets 6056 and 6076) the kingdom was renamed as the Dragon Knights. They attacked King's Castle once again. Meanwhile, the Lion Knights changed their armor, coat of arms and named themselves the Royal Knights. The Dragon Knights conquered the King’s Castle and the Dragon Age started, a time where even the good thieves became evil and the Wolfpack split away from the Forestmen. Sadly, no one was saved from the deep, dark forest.

When Merlin left this world, everyone knew changes were on the way. Young King Leo from the Royal Knights didn't hesitate - he changed tactics and decided to take back the King's Castle. While the enemy was busy changing their name to the Fright Knights and assigning power to the Bat Witch and Night Lord, young Leo attacked. And he was victorious! He banished the Fright Knights back to their land. The Royal Knights regained ownership of the King’s Castle, but once again the suffering endured during the war meant rebuilding was essential for the kingdom. The walls and towers were left behind from previous owners (ideas from 70404: King's Castle) and the kingdom was rebuilt around them.

After several years, the Bat Witch’s son - "Cederic the Bull" took over their kingdom and wanted revenge on King Leo. With new colors and strength, he attempted to attack the King's Castle and gain power, but he failed. The now much more experienced King Leo defended the castle destroyed Cederic’s army. The castle had suffered enough and King Leo ordered the building of a new castle (6091: King Leo's Castle), so he abandoned his castle immediately after his last battle, leaving it with damaged walls and a dead dragon left in the courtyard.
The Old King's Castle didn't remain empty for long as the Wolfpack took it over as their secret hideout. They salvaged all they could after the war and called it home!
Thank you everyone who read the story to understand why the castle is multi-colored. As mentioned, the yellow parts of the castle represent the very first castle set, with the grey parts representing the Lion and Royal Knights ruling and the black pieces representing the Dragon Ages triumph. This idea stems from the reusing of resources in the medieval ages, with the old, colored stones representing the timeline and events which took place in the castle.
The castle consists of a damaged drawbridge gatehouse, damaged East side tower, “Kings tower” with back gate (as half of gate was burned down) and the East side Great Chambers (ground floor prison cell, small kitchen and armory/ trophy room. First floor – Wolfpack leader room/ treasure room).

Massive thanks to BRICK PROJECT. In his interview he said: “Don’t create for the sole purpose of creating, like I used to do in my early LEGO Ideas years. Build what you’re passionate about, even if doesn’t seem so “popular”! The love and passion you bring to your creation is stronger than any “trending” theme.” I followed my heart and childhood dreams and went for one of few themes I loved the most – Castles!
As well credit to 21320-1 Dinosaur Fossils set. It inspired me and I took the concept to create a dragon skeleton parts.
Thank you all for your support! Together we can reach 10'000!