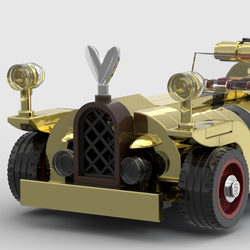 Axlan
27
408
days left
One of the most famous and biggest brands of all time... IKEA
IKEA is one of the biggest brands out there and it was founded 1943 by Ingvar Kamprad in Sweden. This model was made so that you can show off one of the biggest Companies in the world in Microscale!
I made this model because I felt like there wasn't that many "large scale" micro builds in the Lego world. And I think that IKEA is one of the best stores to make a large scale micro build because it is so well established.
I think that this could make a very good display piece.
If you think that this is something you would want to have on display then click the support button!
27
408
days left