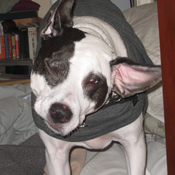 The Rolls Royce Company was started in March 15, 1906 and since then Rolls Royce has been home to some of the finest luxury cars on the market.  In particular the Rolls Royce Phantom (2005).  The Phantom is considered a high class luxury car and was the first Rolls Royce model introduced in the BMW era.  It won TopGear's car of the year award and now serves as its flagship model.

I decided to make my own Phantom out of lego, I created it in the UCS scale so I could fit all the detail possible into this awesome car. There is an opening hood, which reveals the engine.  I tried to make the engine close as possible to the actual thing.  There are wide span doors which reveal the detailed interior and four seats. There is also a trunk which has a small briefcase in it.  Thank you for taking the time to look at my project.