The russian word "Soyuz" means "Union". The first Soyuz manned mission took place in 1967 and different variants of the ship have been used for more than 50 years since. All Soyuz spacecraft are based on the same basic design, by Sergei Korolev, and consists of 3 parts: the orbital module (in the front of the spacecraft), the descent or reentry module (middle section) and the service module (the rear section, has the solar pannels and engines). 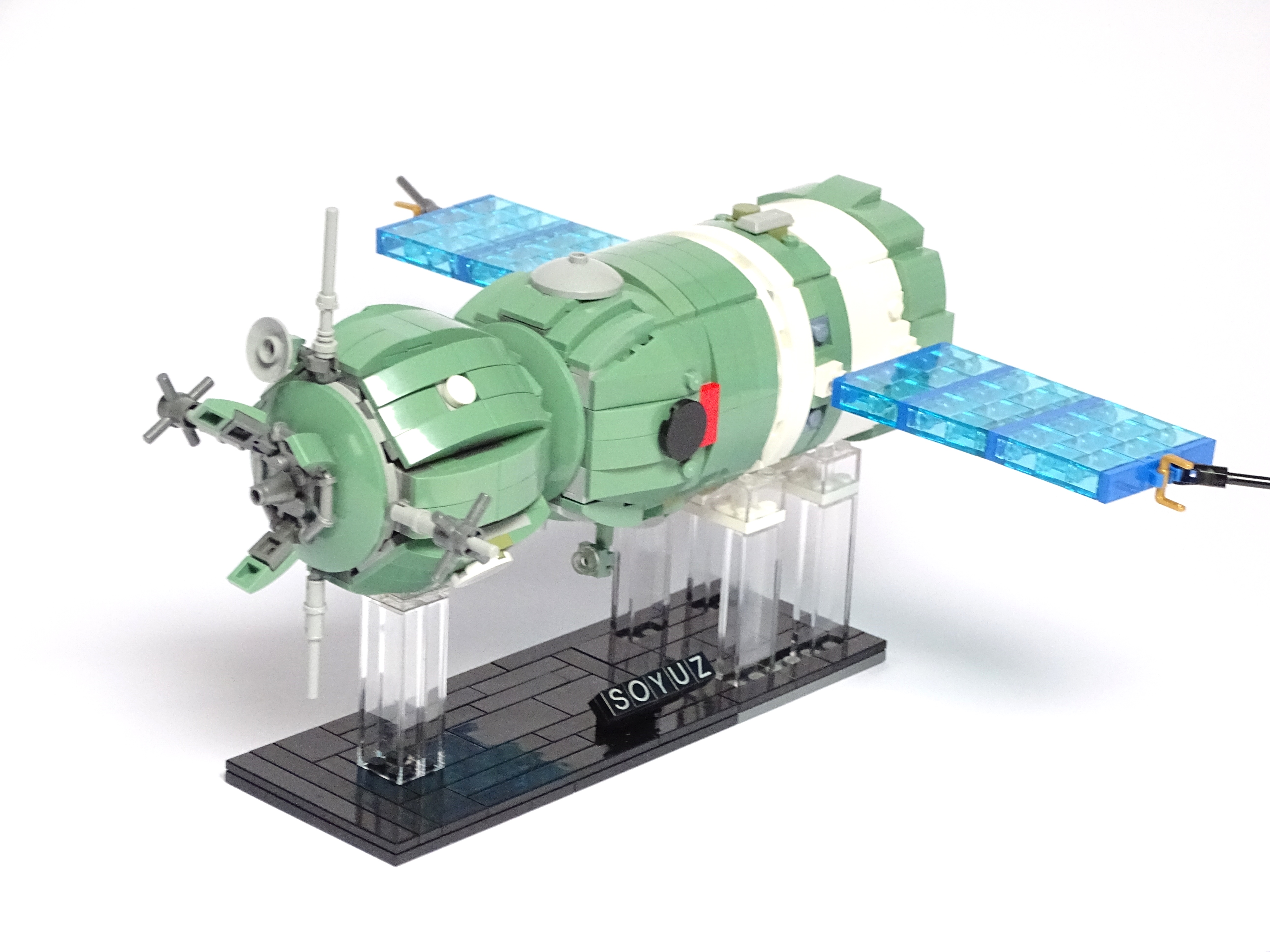 The Soyuz (variant Soyuz-MS) is still in active service and is now the spacecraft used for transport people and supplies to and from the International Space Station.

This is a LEGO model of a Soyuz 7K-TM ship, a variant of Soyuz used in 1975. The model has about 500 pieces and includes a stand for its exhibition. The three modules can be separated, so you can simulate the separation of the descent module, which is the only part of the spaceship that returns to Earth.

The model reproduces in detail most of the external components of the ship such as engines, radiator, solar pannels, docking system, exterior hatch, periscope and parachute cover. Also the radars, windows and antennas are easily recognizable..

The descent module can be opened and it fit two or three minifigs of cosmonauts (cosmonaut is the russian word for astronaut). 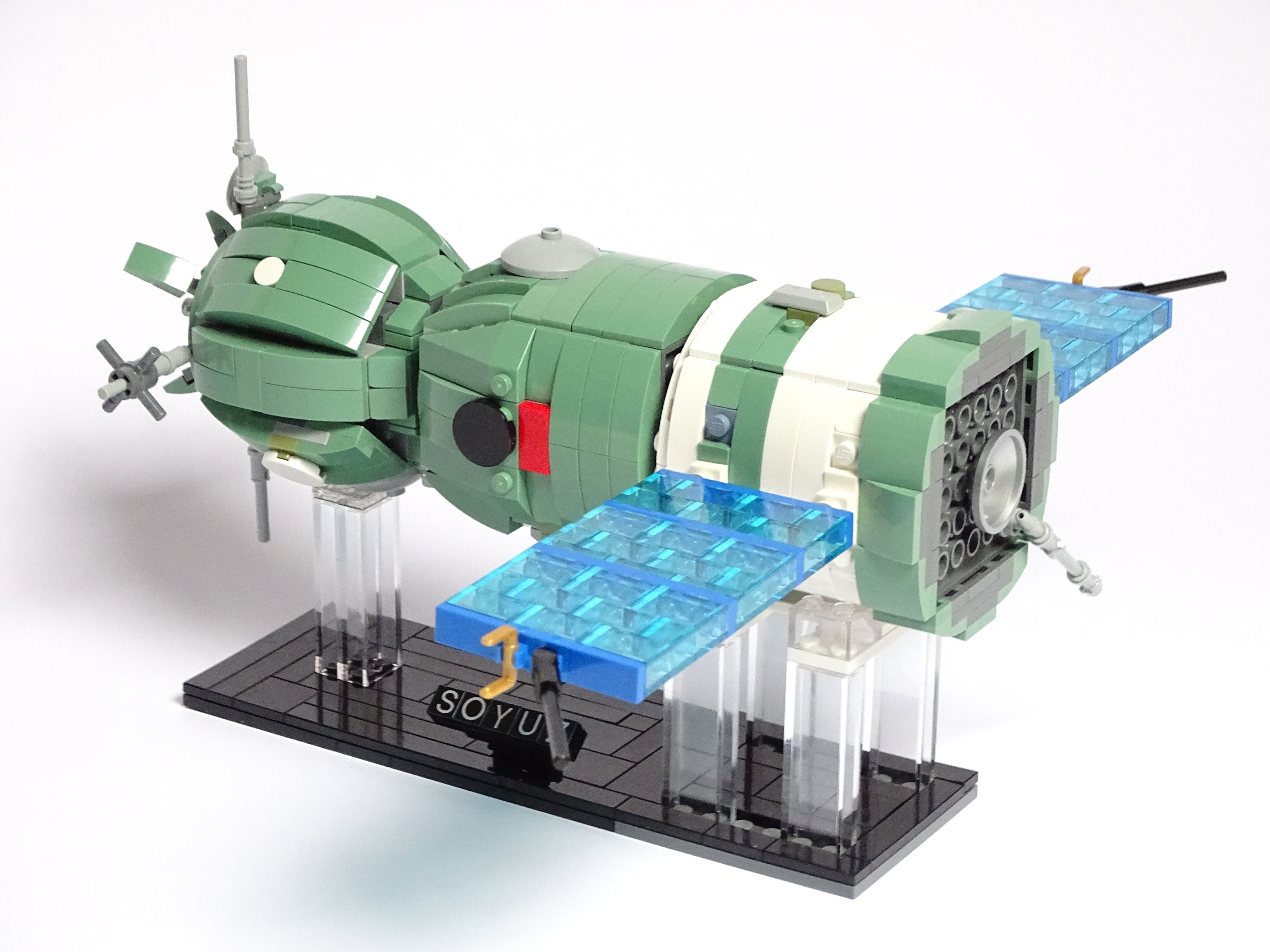 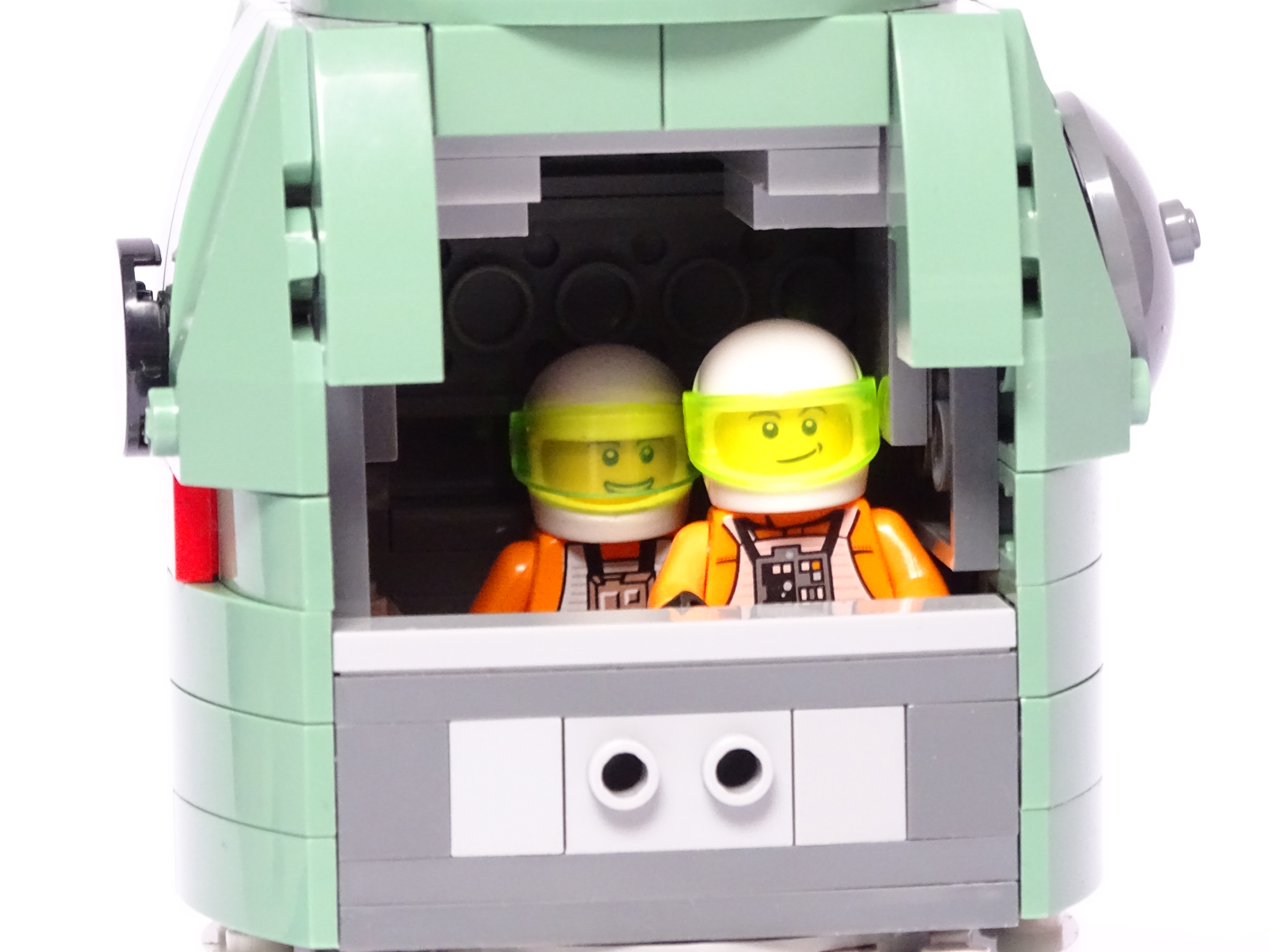 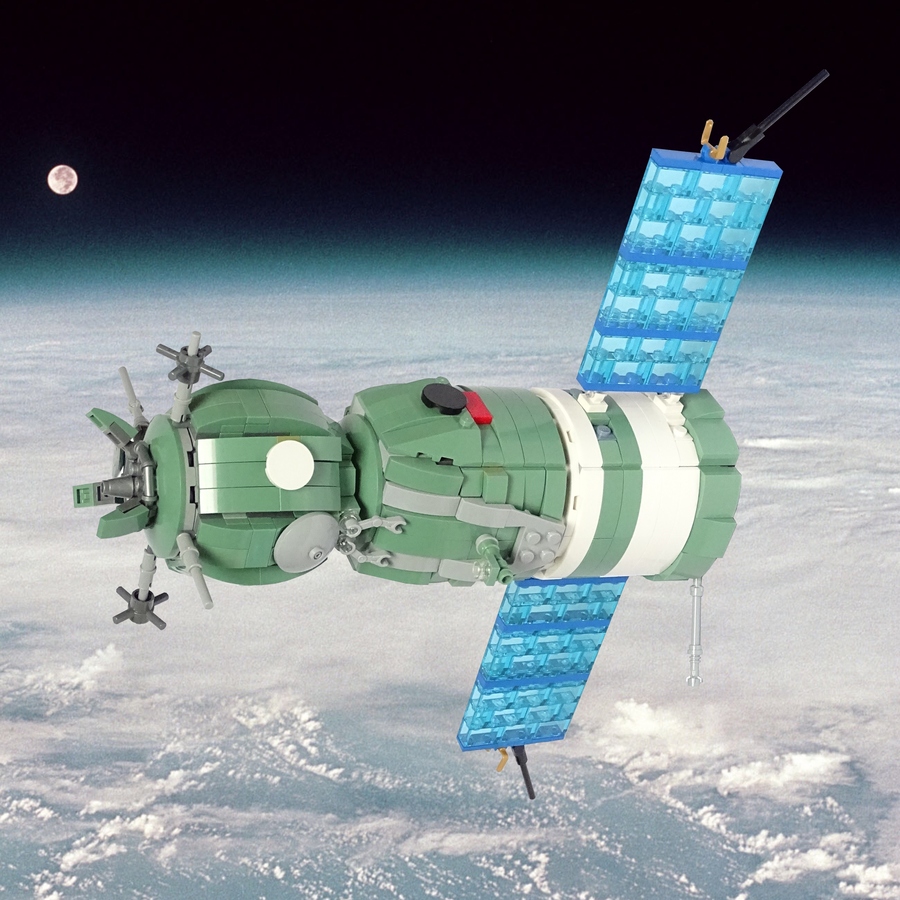 The background image of the main picture and the last picture is from NASA: A bank of clouds over the western Pacific Ocean was photographed by Astronaut Frank Borman and James A. Lovell during the Gemini 7 mission (1965). In the background the moon can be seen.