The Legend of Korra:Team Avatar Pursuit 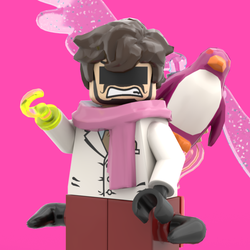 Amon is trying to steal people's bending! Join Team Avatar to stop him!!!
This is a set based on the first season of "The Legend of Korra" an action-packed series loved by many. this series aired in 2012 but has recently found new fame when it was released on Netflix!
This set has 668 pieces with 5 Minifigures Korra, Asami, Mako, Bolin, and Amon along with Pabu, a buildable Naga figure, Asami's car "The Lava Head" and a Mecha Tank
If you have any suggestions or feedback feel free to comment. And if you liked The Legend of Korra as much as I did don't forget to vote.
37
356
days left