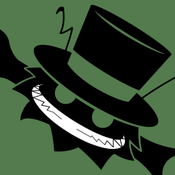 Congratulations! You have just become the pilot of a standard-issue Steamhopper.

Steamhoppers are light, agile, and quite small air- and spacecrafts with very minimal weaponry. As you can see, they aren't exactly humble: Glowing lime-green paneling, gold feathered wings, screaming "steampunk" all over it. Popular among mercenaries and potential sky-pirates, this is a piece of machinery that can guarantee you a lot of adventures.

In case of low fuel, or just a quick rest, the pilot can always retreat to their reserved floating watchtower, where a trained armor-bearer patches up your flying machinery, until the next flight.

Both the two main components, the tower and the aircraft are quite basic builds yet outstanding, and stabile enough for their size, using only "official" building techniques.

The Steamhopper itself is a light and small construction, having enough room to fit a pilot figure and a few accessories inside comfortably. While in landing mode, the rear of the jet folds down while the wings fold to the sides, using clip joints. In this form, the jet is as small as an average lego car, which allows it to interract, or "land" on already existing lego sets, and builds. The jet also contains two detachable "fuel tanks", one on each wing, which gives a little extra-playability to the set.

As a little bonus, the design of the tower's back side allows the set to connect with three other watchtowers, creating a docking bay. That allows kids to share their sets and play together, or just leaves a classy diorama on your shelf.