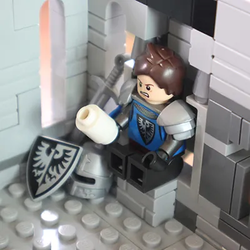 Panokseon was an oar and sail propelled ship that was the main class of warship used by the Korean Joseon Dynasty during the late 16th century. The first ship of this class was constructed in 1555. It was a ship made of sturdy pine wood, and was instrumental in the victories over the numerically superior Japanese Navy during the Imjin War beginning in 1592. Admiral Yi Sun-sin (1545–98) of the Joseon navy employed them alongside turtle ships during the war with great success.

A key feature of a panokseon was its multiple decks. The first deck had non-combatant personnel, such as the rowers, who were positioned between the lower deck and the upper deck, away from enemy fire. The combatant personnel were stationed on the upper deck, which allowed them to attack the enemy from a higher vantage point. The panokseon also had a raised roofed observation platform where the commander stood.