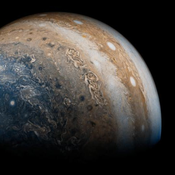 By Marioo8
31 comments
I had this idea for quite some time, several months with my first idea, Voyager 1, which can be seen on my profile. I modified this one and added another probe so that they could make a group. Now I have this ...
Also, I want to thank all the people who support the products and follow me. Without you I could not have made all my products. In a few weeks I will release another product ... I hope you like it. THANK YOU:
VOYAGER 1:
Voyager 1 and 2 were space missions launched in 1977 by the Titan IIIE rocket. These two space probes are still roaming the space, they have made many discoveries of the Solar System like the rings of Jupiter and I was exploring the other gas giant planets.
They passed through the planets; Jupiter Saturn Uranus and Neptune. In addition, each probe carries a gold disc with information about the earth. This space program was started by astronomer Carl Sagan.
PIONEER 10:
Pioneer 10 is an American space probe launched on March 2, 1972, being the first probe that successfully crossed the asteroid belt and reached the planet Jupiter, the main objective of its mission. In June 1983, it became the first human-made object to cross the orbit of Neptune, at that time the most distant planet from the Sun given the eccentricity of Pluto's orbit, which in 2006, amid controversy, it was no longer considered a planet.
Thank you very much, I hope you like my work...support it.
- -MORE IDEAS- -
VOYAGER 1: https://ideas.lego.com/projects/b0763218-a1f7-42a7-b57f-3c6c9248edc9
DELTA IV HEAVY: https://ideas.lego.com/projects/a07006ce-330d-4605-ab4d-ea788daa2b59
MY PROFILE: https://ideas.lego.com/profile/Marioo8