Lego Stories – Escape of the Ninja 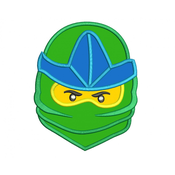 This set is not just a set idea, but it can be the beginning of a new series: the Lego Stories. These can be the most playable Lego sets with full of imaginative, storytelling or even interactive elements.

Escape of the Ninja
This story is set into a “real” historical ninja environment (so not into the Lego Ninjago world). Our hero is a black ninja who had been trapped and he placed into the samurai governor’s prison. He has to escape from there by choosing a way from a lot of options.
(But of course it’s just one of many. The sandbox is let the players find out their own stories.)