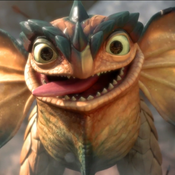 Introduction to the series and how far I want to go with it,

This is my own creation, i am working on another set that has the same people/mini figures and is in a different place.

I will also include Sarah, (she's the bad guy here) as it will most likely be her robot or her evil lair.

Sarah and Gregor loved and visited each other everyday, but Gregor didn't know that Sarah was an evil person and wanted the whole world for herself.

When Sarah got Gregor involved in a serious crime, she wanted to have him go to jail, but he didn't.

Agnes, one of the best police officers caught Gregor and wanted to put him in jail, but she couldn't do it, she and Gregor were in class together back when they were children, she loved him very much back then, her love never disappeared.

Gregor decided to visit Agnes the next day,  they talked a lot, but what Agnes told Gregor at the end of their conversation changed his life completely.

She told him that Sarah is the daughter of the greatest villain of all, the Faker, and that she will follow in his footsteps.

So Gregor decided to delete Sarah's phone number and move houses, he knew he had to do something, he remembered, he always wanted to be an engineer and that's the classes he took at school.

He built the Fighter MK I.

Sarah, knowing Gregor turned good, decided to send a spy to find out where he lives, she decided it would be a good idea to make Gregor's life miserable after breaking up with her.

Sarah set Gregor's house on fire, she made sure he'd survive it, but that was only step 1 of her evil plan, but it didn't go as planned.

Gregor decided to work with Agnes as a secret agent, his anger is what makes his so strong.

There we go, that's it for now, this is so far the end of the story, how will you continue it and end it?