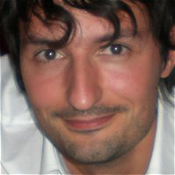 After purchasing many LEGO Speed Champions car series I started creating a personalized cars in the same scale using my old bricks bought when I was child. The result was great, I built some beautiful models, but I needed the new bricks to create better cars, so I tryed Lego Digital Designer and I realized a serie of fantasy racing cars. I think LEGO can publish a new brick series using this car models easyest to build compared to Speed Champions Series

This is my 3rd model, I built it first with real bricks, I had to invent another type of rear wing because I finished the pieces used in my other models, the result is great