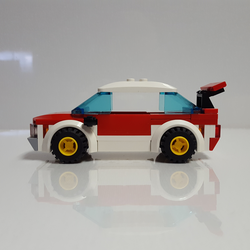 Crazy_Hot_Rodder
47
I put together a Brickheadz-inspired model in resemblance to the rapper NF. I thought this would be a cool build to do just to see what kind of crowd it would attract and to see if it gets popular.
Nathan Feuerstein, NF, is the rapper who topped Chance the rapper's album on the Billboard charts for number one in August of 2019. He started his career as we know it about ten years ago, and accumulated several fans over the years. He blew up on the charts with "Let you down" in 2017, and "The Search" in 2019.
I am a big NF fan, along with many others, and I think many Lego-lovers would like to see this as a set.
Be sure to support if you like it! 10,000 supporters can see this come to shelves! :)
47