By LegoJalex
14 comments
Inspector Gadget is an animated TV show created by Andy Heyward, Jean Chalopin and Bruno Bianchi in 1983. It is about Inspector Gadget, an unusual policeman that actually is a cyborg, half human and half robot. He has a lot of gadgets that he can summon by saying "Go-go-gadget" and then the gadgets name. He lives in Metro City where he tries to stop Dr Claws evil plans. Inspector Gadget is quite clumbsy so his niece Penny and her intelligent dog Brain must often in secret help him solve each case. 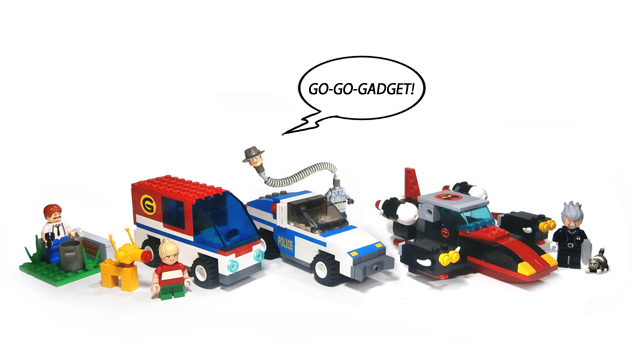 The set would include Inspector Gadget and his car, in the form of a van and a sports police car, Gadgets boss Chief Quimby hiding behind a trash can to deliver Gadget's mission, Dr. Claw and his flying ship, Dr. Claws cat M.A.D. Cat and Penny and her dog Brain. 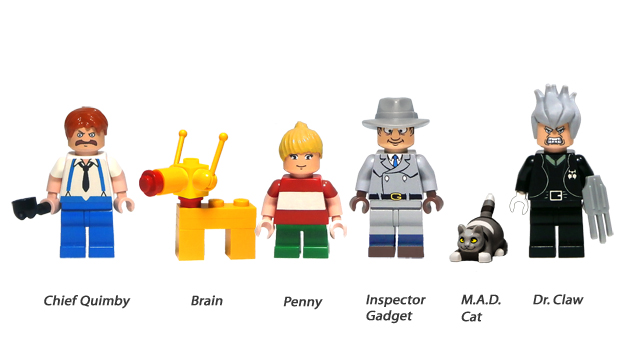 The characters included in this set. 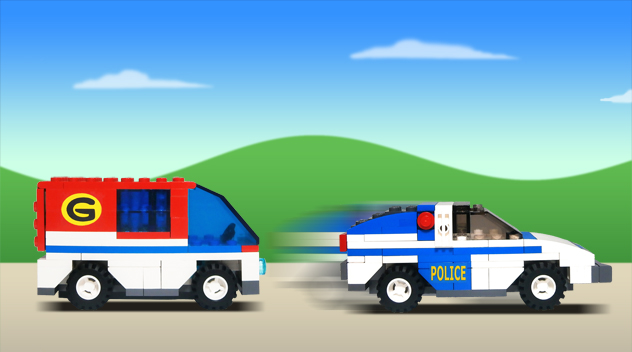 This scene is to illustrate the (imaginative) transformation of Inspector Gadgets van into a sports police car. 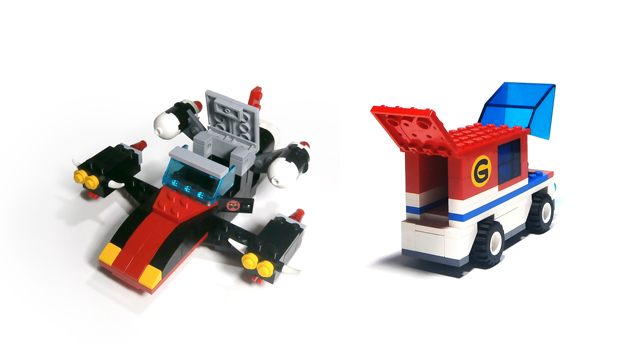 The roof of Dr. Claws flying ship can be opened, and the trunk and the front windscreen can be opened on Inspector Gadgets van.

You can see the images in higher resolution at my flickr page.