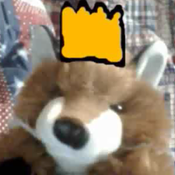 Now for this idea of my Disney inspired LEGO set.
I decided to make a LEGO set based on the popular Brazil and Mexican movie that would be made by Disney, that movie that I'm talking about it called The Three Caballeros and it is a Live Action/Animated hybrid film full of songs whimsical adventures.
Ever since that movie had a television series on Disney+ titled "Legends of the Three Caballeros" as well as making cameos in various shows and having a theme park ride at Walt Disney World in EPCOT, I was seeing various merchandises as well as walk around characters from The Three Caballeros movie as well.
It's almost like that the movie might be wanting to be made into a LEGO set so that's how I'm creating this LEGO set based on that movie.
I made four different kinds like the projector and the screen that is Donald's first birthday gift, the piñata that Donald tried to hit but in the end he finally breaks it opened, the flying carpet that Donald, Panchito and Jose rides on and the firework bull that Donald wears to play bullfight with Panchito at the end of the movie until it went off after Jose lit it up.
So we've already got our Donald Duck minifigure from the mystery packs sets, so if this ever becomes a LEGO set, then maybe three other birds would be made into LEGO
So for anyone who is a fan of Disney, Donald Duck or even The Three Caballeros movie itself, please support this project and tell your friends about it.
If the Steamboat Willie set, the Tron Legacy set and the Winnie the Pooh set can be made into LEGO sets, then The Three Caballeros deserved to be made into a LEGO set too.
Note:
The Three Caballeros is owned by Disney