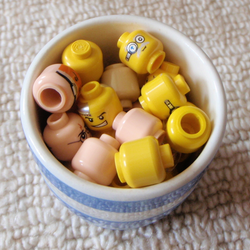 NASA's  ISEE-3 spacecraft was originally launched  in 1978 to study the the interaction between the Earth's magnetic field and the solar wind. In 1982, after completing its original mission, ISEE-3 was renamed the International Cometary Explorer (ICE) and redeployed to study the interaction between the solar wind and a cometary atmosphere. It was eventually decommissioned 1997 but in 2014 a  group of Citizen Scientists crowd-funded the ISEE-3 reboot project, and raised enough money to obtain the equipment needed to reestablish contact and enable the spacecraft to begin doing science again.

This Lego set would celebrate the success of the ISEE-3 reboot project and provide a fantastic model for fans of space exploration, following the successful Curiosity Rover collectable.