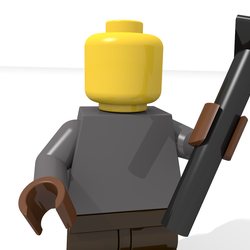 This city was not the only one created thanks to those incredible conquests, but it is the most famous. Its bookcase was the biggest of the Ancient World. Moreover, its lighthouse was one of its symbols of power in term on knowledge, culture, and architecture. It was considered as one the 7 Wonders of the Ancient World.

So I decided to re-create this Lighthouse in Lego, I think it should be a good architecture set, don't hesitate if you like it. Follow the project and support it by sharing it.