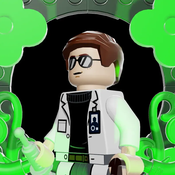 Do you love adventure? Mystery? Suspense? Then I have the set for you! Introducing JAWS: Amity Beach! This set has sharks, boats, scuba divers, and more. You can reenact one of countless iconic scenes, make up your own adventure stories, or even just put this set on display to show off to your friends. The possibilities are endless! This is an action-packed set, and a great representation of the movie.
Steven Spielberg's 1975 film JAWS is an American classic and one of the greatest movies of all time. The film includes state of the art special effects and an iconic soundtrack. It was incredible for back then and has stood the test of time, remaining a sensational masterpiece even to this day.
Ever since I first watched the movie, I wanted to build it in Lego form, but unfortunately it took me a while to get started. I wanted to do it justice, so I included a total of eleven minifigures.
Chief Martin Brody, Matt Hooper, Captain Quint, Mayor Larry Vaughn, Ellen Brody, Michael Brody, Sean Brody, Harry the old man, a boy with his dog, and a scuba suit for Hooper are all featured in this nearly two thousand piece set.
It also has Bruce the shark, a tiger shark, six buildings, a dock, Quint's fishing boat (the Orca), and of course, the sandy beaches of Amity Island.
I believe that this set is a perfect representation of the iconic film Jaws, and would be greatly sought after by collectors and fans of the movie, not just fans of LEGO. LEGO has made sets based off of similar Steven Spielberg films, such as Jurassic Park, and I think that Jaws would work just as well. I included details sufficient to reenact nearly every scene and it would look great on display as well.
Please consider supporting my idea, and share it with your friends as well!